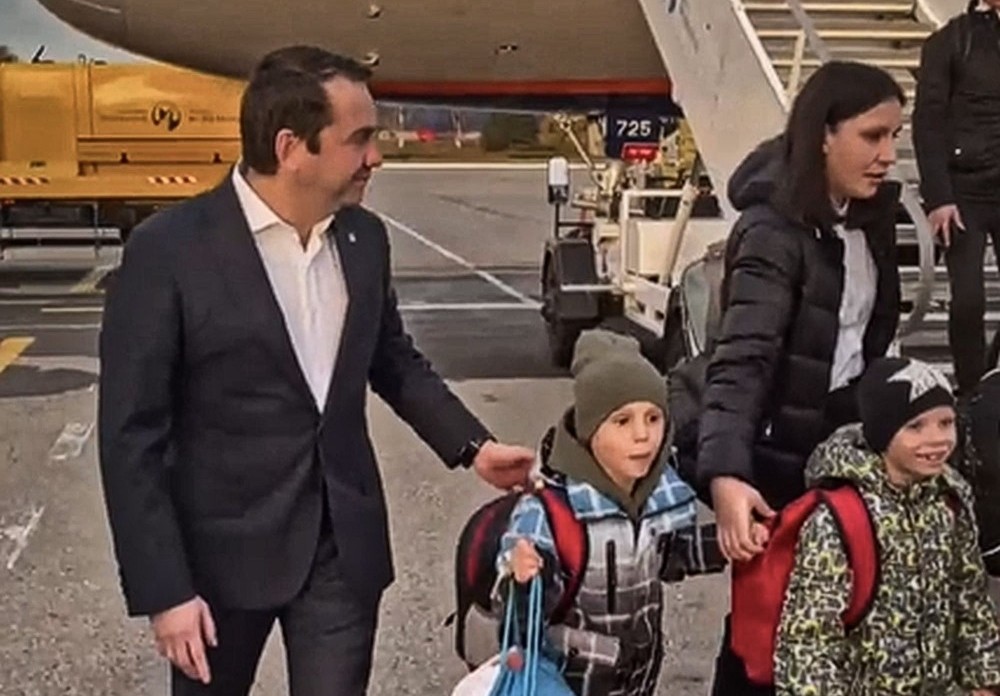 The EU has listed Murmansk Governor Andrei Chibis in its latest response to Russia’s brutal war of aggression against Ukraine.
Read in Russian | Читать по-русски
By

The Murmansk governor, appointed by President Vladimir Putin, is one of Russia’s most outspoken regional leaders in support of the military onslaught on Ukraine. Since February 24., Chibis has traveled around the Kola Peninsula wearing a sweater with a big Z, the symbol of war and unprovoked killings.

He encouraged the mobilization in September and greeted the dispatch of troops from the Kola Peninsula to the battlegrounds in Ukraine. Losses have been dramatic. But Chibis still argues that the operation is successful.

In August, the governor visited occupied territories in Donetsk.

On Friday, Andrei Chibis’ name appeared on the European Union’s list of almost 200 new individuals and entities subject to freezing of their assets.

“This list covers key figures involved in Russia’s brutal and deliberate missile strikes against civilians, in the kidnapping of Ukrainian children to Russia, and in the theft of Ukrainian agricultural products,” the European Commission writes.

Chibis is “involved in the illegal transportation of Ukrainian children to Russia and their adoption by Russian families,” according to the document.

“The kids are very positive and nice, and my first meeting with them was very warm-hearted and emotional,” Governor Andrei Chibis said as he welcomed the newcomers.

“I believe that our North will be a good home for them,” the governor underlined.

In the group were several kids aged only 6-7 years, a video from the governor’s office shows.

The children were supposed to be sent to foster families in the towns of Kandalaksha, Kovdor, Polyarnye Zori and Olenegorsk.

“Andrei Chibis’ actions violate the rights of Ukrainian children and infringe Ukrainian law and administrative order,” according to the EU document.

Ukrainian officials blame Russia for kidnapping more than 13,000 Ukrainian children after Moscow’s invasion of the country.

Commissioner for children’s rights with the president’s office in Kyiv, Nikolay Kuleba, this week said the Ukrainian children were deported to areas of Russia far away from the border. Also, adopted children could change names and dates of birth, making it very difficult to identify them in the future.

The Murmansk governor is responsible for, supporting and implementing actions and policies which undermine the sovereignty and independence of Ukraine and stability and security in Ukraine, the sanction text notes.

It is only a few weeks since Chibis was sanctioned by the United Kingdom for his direct involvement in Russia’s war on Ukraine.