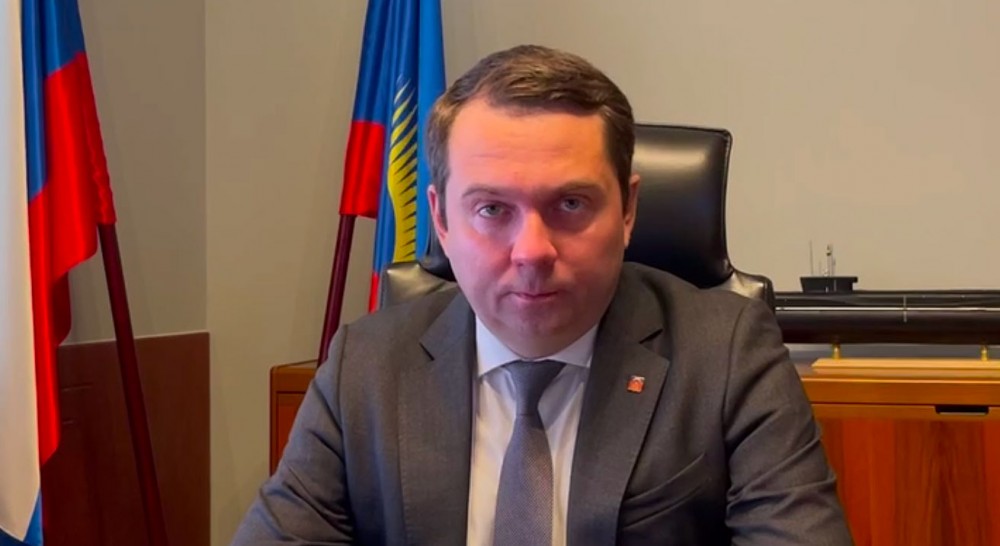 Andrei Chibis says he is confident that "the goals set by the president will be successfully achieved in the Murmansk."

Leader of the far northern and heavily militarised region says a draft board under his command is starting to fulfil the president's mobilisation order.
Read in Russian | Читать по-русски
By

“Today, the president of our country announced a partial military mobilisation. This is a necessary and important decision in order to provide protection of sovereignty and security of our country,” Andrei Chibis underlines in a statement.

The governor is himself in charge of the regional draft board. The body has already started to follow up the mobilisation order, he confirms.

“I very much expect your support, and I am confident that all the goals set by the president will be successfully achieved in the Murmansk region,” he says to his local countrymen.

The Kola Peninsula is among the most militarised regions in the country. The region houses the powerful Northern Fleet and has big storages of armament and military hardware, including tactical and strategic nuclear weapons.

Governor Chibis has since Russia launched its attack on Ukraine on the 24th of February this year been an outspoken supporter of the aggression. He has travelled around in his region with sweaters marked with war symbol “Z” and paid visits to soldiers in the Donbas and Kharkiv regions.

He has also greeted the dispatch of troops from the Kola Peninsula to the battlegrounds in Ukraine. Losses have been dramatic. But Chibis still argues that the operation is successful.

“Solders from the Northern Fleet and volunteers from the Murmansk region are successfully and efficiently executing their tasks as part of the special military operation. You know, I have been there myself, and I can say with certainty say that our warriors are decent descenders of the generation that won the war and liberated our country and the world from Nazism in the middle of last century,” he says in his address.

The governor quickly got support from several of his local town mayors. Head of the administration in Pechenga, the municipality that houses the powerful brigades located along the border to Finland and Norway, already Wednesday morning underlined that he “unconditionally supports the decision of our President.”

“From my part, the municipality will fulfil all the set of objectives,” Andrei Kuznetsov says on Telegram. “The victory will be ours!” he exclaims.

However, far from everybody expresses support for the decision. The statement from Governor Chibis is followed by a series of critical reader remarks on the governor’s VK page.

A number of people openly stand up against the mobilisation order. Most of them are women.

“Did really someone attack Russia” a woman asks. “Who are we going to protect ourselves against?” she adds.

“Should we understand the post from the governor that he himself will join regular men in the mobilisation and in any minute rush to the front?” another woman asks.

“Go mobilize yourself, and fingers off ordinary people!,” a third woman writes.

The mobilization order was announced by President Vladimir Putin in the morning of Wednesday the 21st of September. According to the dictator, the mobilisation is needed “to protect sovereignty, security and territorial integrity of Russia.”

The order follows a series of new pro-war laws hammered through at record speed by the State Duma on 20th of September.

The Russian governors are given a special responsibly in the mobilisation process. According to the decree signed on the morning of 21st of September, the leaders of the federal subjects are to lead the work with the draft boards and make sure that the number of men mobilized meet the requested number and time limits determined by the Ministry of Defense.