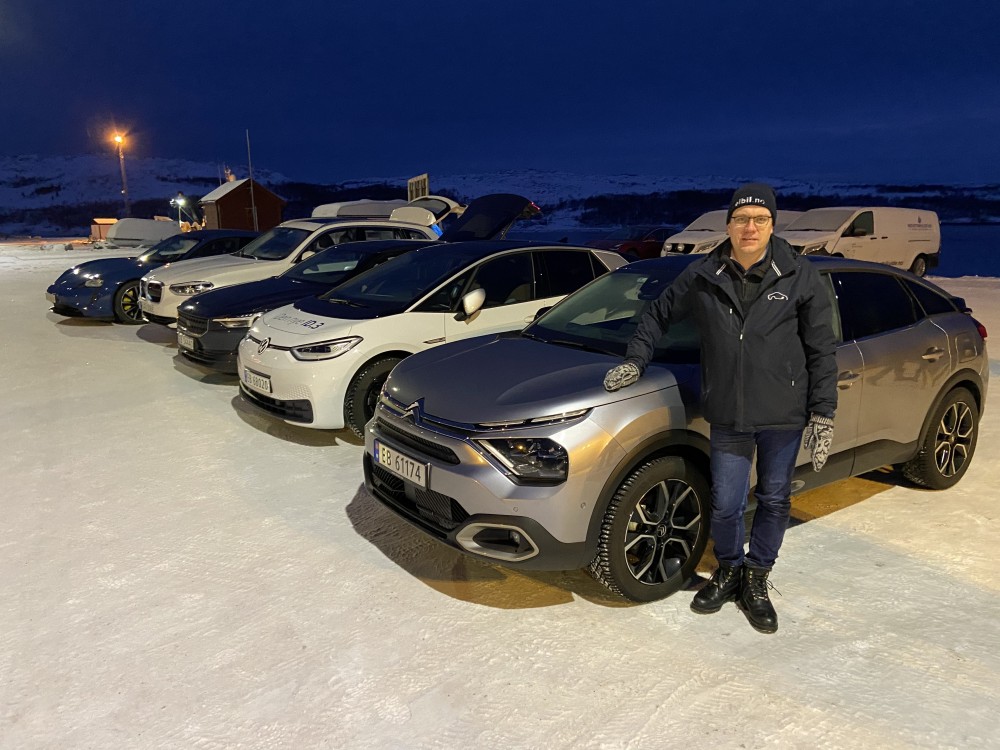 "We are well on our way to the goal that electric cars should be the natural choice for everyone, due to new models to choose from and charging infrastructure," says Snorre Sletvold with the Norwegian Electric Vehicle Association.
Read in Russian | Читать по-русски
By

It is -13 °C this morning as a team of drivers from the EV Association makes ready for a 1,400 km drive from Kirkenes to Tromsø via remote towns along the Barents Sea coast. Five new battery-electric cars are lined up, aimed to show the variety of choices available for sale in 2021.

When it works in January in northern Norway, it works everywhere, says Snorre Sletvold, one of the drivers in the combined test- and promotion tour across Finnmark and Troms, at 70° North.

Using big tax incentives has helped Norway towards the goal set by the government that every new passenger car and mini-vans sold should be a zero-emission vehicle by 2025. The incentives include zero sales tax, reduced road toll, free parking and reduced ticket price on ferries.

“The politics to reach zero-emission cars sale work,” Minister of Climate and Environment, Sveinung Rotevatn, tweeted when the 2020 statistics were published.

Last week, the Government released its new national climate strategy aimed at reducing greenhouse gas emissions by at least 40% by 2030. One of the bullet-points in the strategy is a requirement for all public sectors to buy zero-emission cars by 2022.

Northernmost Norway, however, has lagged behind the rest of the country, mainly due to long distances, cold weather and lack of chargers along the roads.

That, according to Snorre Sletvold, shouldn’t be a challenge anymore.

“Charging infrastructure is crucial in areas where it is cold and long distances. Soon, all 25 fast-charging stations will be in operation in Troms and Finnmark,” he says.

Sletvold believes 2021 will be a serious breakthrough year. “People buy EVs that meet their needs. In 2021, some 35 to 40 new EVs are expected to be launched. Most of them have long-range battery capacities,” he explains.

The cars the EV Association now have on a winter test drive in Finnmark have ranges from 350 to 470 kilometers. In cold weather, though, the range should be expected to be less than promoted in fact-sheets. With 25 new fast chargers, plus Tesla’s network of SuperChargers, the distance between each charging station in Troms and Finnmark will not be more than 100 kilometers.

Disclaimer: The Barents Observer drives electric and supports the world’s transition to sustainable energy. None of our reporters have any stock ownership or other economical benefits from companies mentioned in any articles.