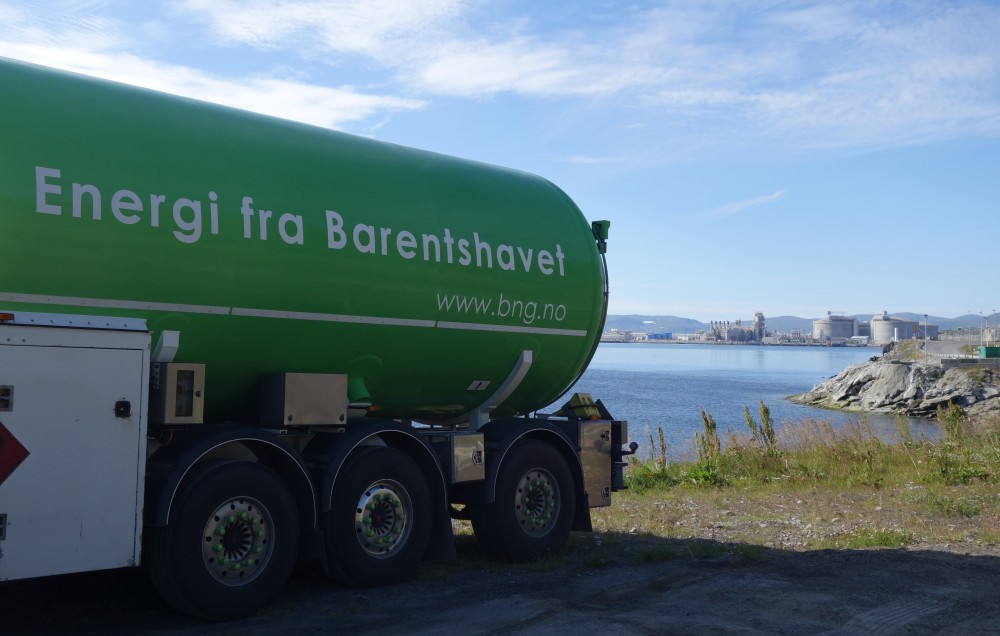 "Energy from the Barents Sea". In the future it might come not only in the form of LNG, but also ammonia. Photo from Hammerfest, Norway, by Atle Staalesen

A Norwegian company intends to build a plant for large-scale blue ammonia production on the Barents Sea coast.
Read in Russian | Читать по-русски
By

Company Horisont Energi plans to use natural gas from the Snøhvit field for the production of ammonia. In a statement, CEO Bjørgulf Haukelidsæter Eidesen says a feasibility study concludes that the plant can have a capacity of 3,000 tons of ammonia per day.

Practically all CO2 will be stored in a subsea reservoir, which is to result in a ultra-low carbon footprint. The level of CO2 capture will be between 99,3 percent and 99,9 percent, the company informs.

“This is a clean ammonia plant at a scale that truly matters,” Haukelidsæter Eidesen says.

“The Barents Blue project will be one of the largest ammonia plants in the world, providing climate-friendly and profitable market access for the natural gas reserves in the Barents Sea by tapping into the huge global ammonia market,” he explains.

According to the company, the project has led to substantial interest from a number of stakeholders, including the local community, NGOs and major companies in the energy business.

The plant is to be built on the coast of the Barents Sea, either in the Hammerfest or Nordkapp municipality. An investment decision is expected towards the end of 2022.

Project developers see ammonia production as a key component in energy transition. They are partly supported by green energy researchers, who see ammonia as a potential environmentally friendly substitute fuel in shipping and other heavy transportation.

Recently, also Russian company Novatek confirmed that it is considering blue ammonia production as part of its Ob project in the Yamal Peninsula.

However, environmentalists and climate researchers alike agree that the best alternative is green, not blue, ammonia.

While blue ammonia is produced from natural gas with CO2 storage, green ammonia is made from renewable energy sources such as wind power.

Among the projects currently unfolding on green ammonia production is the Berlevåg project in northern Norway. On the remote Arctic coast, company Varanger Kraft is in full swing preparing for green hydrogen and ammonia production near its Raggovidda wind power farm.

According to the company, up to 120,000 tons of green ammonia will be produce per year from 2025. Later, that production might be doubled.

“Berlevåg is situated far north, but its location is actually very central when it comes to the possibility to fuel north-bound ship transport, as well as Svalbard,” business developer at Varanger Kraft Tor Einar Løkke Pedersen told the Barents Observer.