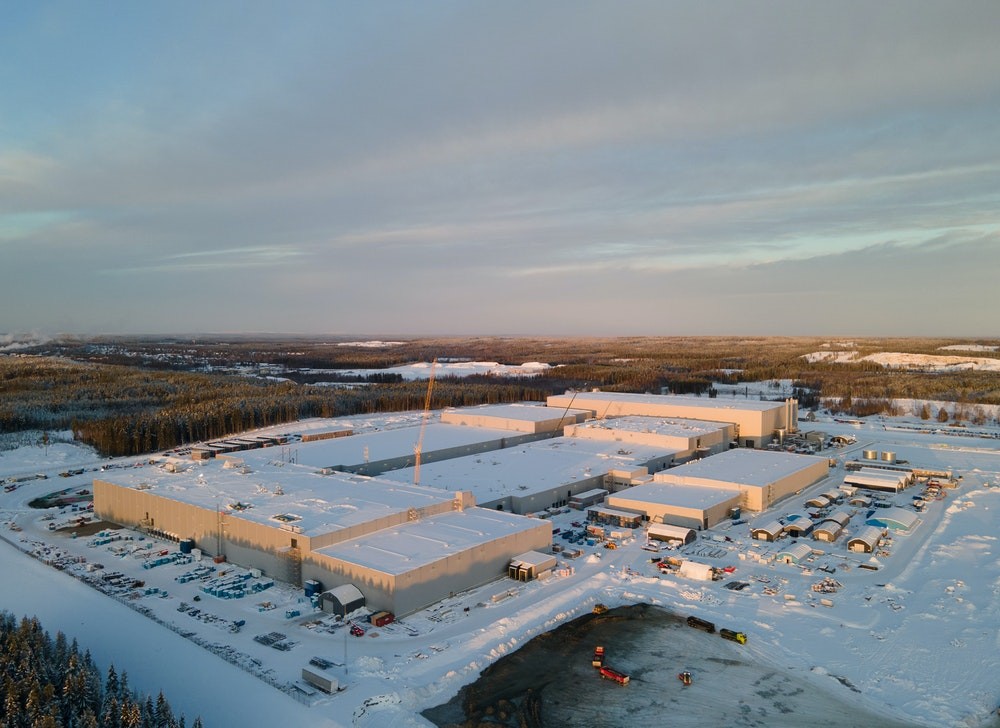 “Today is a great milestone for Northvolt which the team has worked very hard to achieve,” says Northvolt CEO Peter Carlsson.

“Of course, this first cell is only the beginning. Over the course of the coming years, we look forward to Northvolt Ett expanding its production capacity greatly to enable the European transition to clean energy,” Carlsson stated.

It was in 2017 the start-up Swedish company announced it would build its first battery gigafactory in northern Sweden, arguing the region had lots of access to clean energy with hydropower and wind-mills without negative carbon footprints.

Now, four years later, the first cell produced is of a prismatic cell format and came off the cell assembly line on the 28th of December. Commissioning and upscaling of the factory will continue through into 2022, when the first commercial customer deliveries will be made.

When production reaches planned capacity at 60 GWh annually, some 6,000 employees will provide European car industry with lithium-ion battery cells, by Northvolt branded as “the world’s greenest” with a minimal CO2 footprint.

Northvolt says it has already over $30 billion worth of contracts from car- and truck makers like BMW, Volvo, Polestar, VW, Fluence and Scania.

Electrification of the transport sector is highlighted as key to solve the climate crisis. Carmakers are rapidly switching production from fossil fuel to battery-powered vehicles.

Few industries are growing faster globally than electric vehicle production. With Tesla’s Model S introduced to the market as the first long-range full-size battery-powered car in 2012, the past decade has seen rapid growth. In 2020, the global EV market hit the 10 million mark, a 43% growth over 2019.

Although China has most with 4,5 million electric cars on the roads, the European market that Northvolt targets last year saw the largest annual increase, reaching 3,2 million vehicles, according to the International Energy Agency’s Global EV Outlook 2021 report.

Last year, Germany registered 395,000 new electric cars and France registered 185,000. In Norway, electric cars reached a record high sales share of 75% in 2020 and this year, the country with 5,2 million inhabitants got 126,000 new EVs, according to elbilstatistikk.no. Cumulative sales in Norway have soon reached half a million battery-powered cars.

Sales shares of electric cars exceeded 50% in Iceland, 30% in Sweden and reached 25% in the Netherlands, according to the IEA report.

Estimated cumulative sales of electric vehicles globally will reach 55-72 million by 2025. No strange carmakers are hungry for batteries.

Northvolt is one of several new-starters to produce batteries in Europe. Across the border from northern Sweden, to the town of Mo i Rana in Norway, FREYR is in process of building a 43 GWh battery cell factory to be commissioned by 2025.

Several other start-ups in Norway are already in pipe with similar ambitions. Production of batteries in Scandinavia has a big advantage with delivery distance to main markets in the European car industry being shorter as compared with competitors in Asia.

A European Commission strategic action plan for battery production estimates that Europe could capture a battery market of up to €250 billion a year from 2025 onwards.