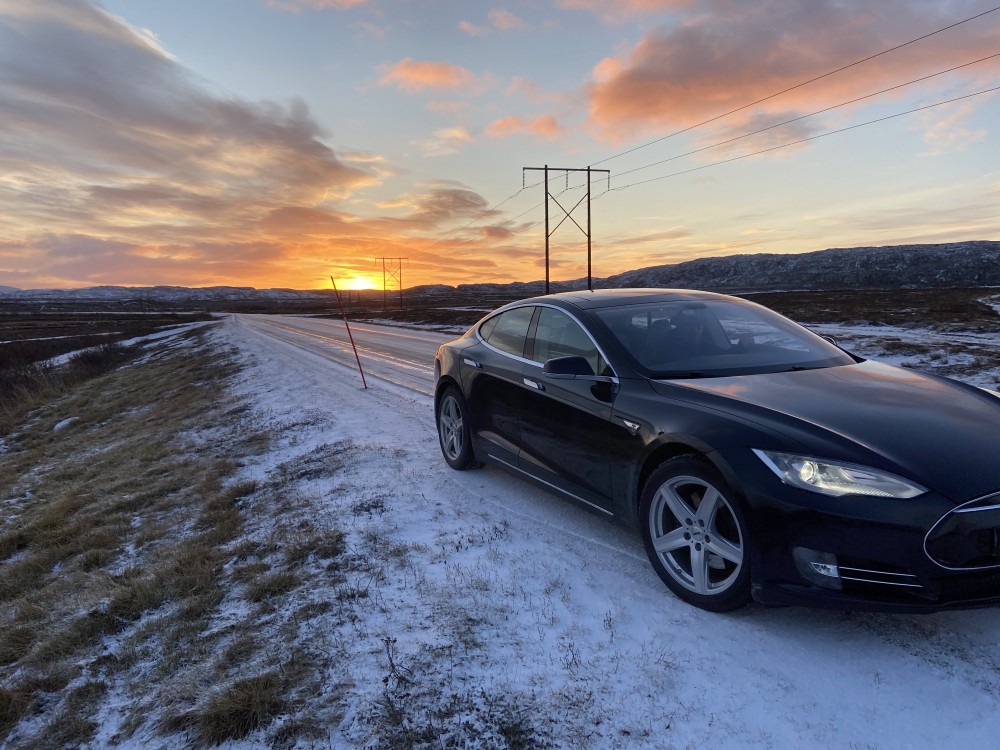 Tesla became the most sold car brand in Norway in 2022 with 12% of the overall market. Photo: Thomas Nilsen

EVs counted for 80% of car sales in Norway, but northernmost region lags behind

Four out of five new passenger cars sold in Norway in 2022 were all-electric, placing the country well on schedule towards the goal of ending sales of fossil fuel vehicles by 2025.
Read in Russian | Читать по-русски
By

Data released by the Norwegian Road Federation mirrors what already is way more visible than noisy on roads across the Nordic country. The majority of new cars are electric.

In percentage, the Norwegian EV sales last year were almost ten times higher than the average in the European Union (80% vs. 8,6%).

Norway has a population of 5,5 million people and nearly 650,000 fully electric vehicles according to the registration tracker site elbilstatistikk.no. A paradox, though, is that while car sales go towards zero emission, the country sees record-high income from sales of dirty oil and gas to other countries.

Tesla Model Y was on top of last year’s record-high sales followed by VW ID.4 and Skoda Enyaq. All top 10 models were EVs.

Especially the last two months of the year saw record-high EV sales, as the Government announced for the 2023 budget that it would remove some of the economic incentives aimed at boosting zero-emission traffic.

From January 1, sales tax is introduced for the sum higher than 500,000 kroner (€47,000). A new weight tax is also added, making cars with heavy batteries several tens of thousands of kroner more expensive.

Previous benefits, like cheaper toll roads, ferries and city parking are gradually removed depending on local or regional regulations.

The region around Bergen (former Hordaland county) had the highest percentage, with 86,5% of all new cars being electric in 2022. Oslo sales of EVs were 82,3%.

On the other end is Finnmark, the northernmost region. 53,6% of new cars sold in Finnmark were battery-powered. This is despite a newly built comprehensive network of fast chargers along the main roads and faraway roads to the remotest settlements in coastal Arctic Europe.