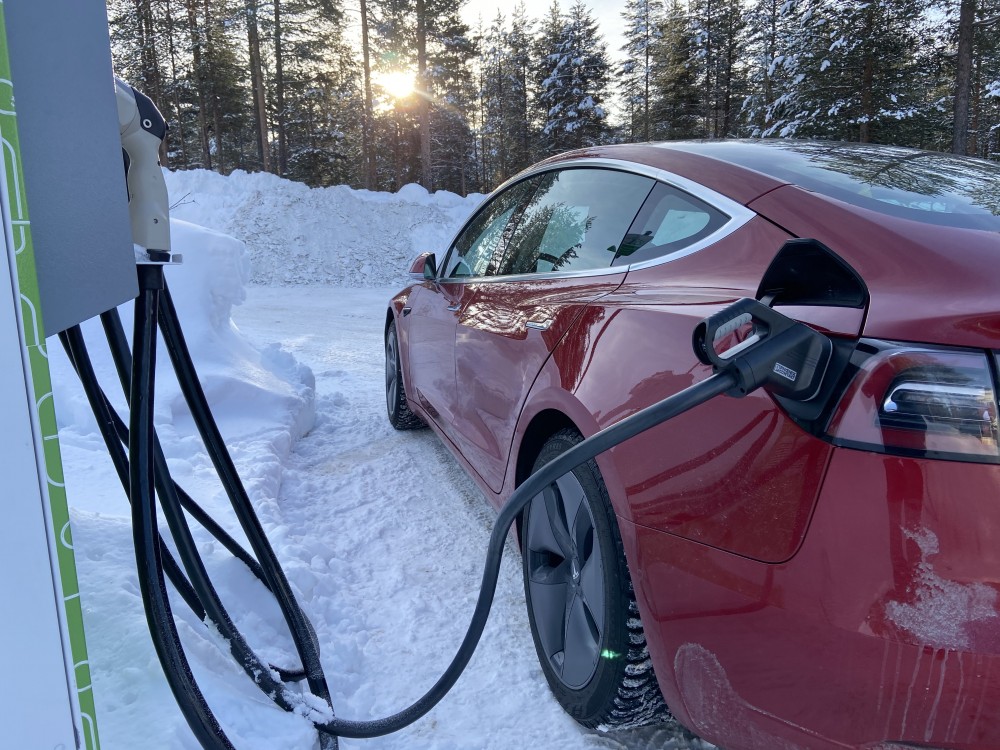 25 charging stations across the county of Troms and Finnmark will make even the remotest corners reachable in cold winter climate for electric car drivers.
Read in Russian | Читать по-русски
By

Enova, Norway’s public agency for supporting projects to reduce greenhouse gas emissions, on Thursday announced a deal with local energy companies to put in place a network of fast chargers.

25 locations are chosen from Birtavarre in the west to Hesseng in the east, from Mehamn in the north to Kautokeino in the south.

Each charger-location will have one charger of minimum 150 kW, one at 50 kW and two 22 kW chargers. The electric power-cables will be dimensioned for a possible future upgrade for 300 kW ultra-rapid chargers, Enova informs.

“Including the seven charger stations we granted support for to Alta Kraftlag before Easter, this forms a basic charger network for a part of the country that until lacked this. We are very pleased that the power companies in the region now have come together to realize these ambitions,” says marketing manager with Enova, Astrid Lilliestråle.

She concludes that it now will be much more attractive to drive electric vehicles in northern Norway.

One in two car sales in Norway are electric. No other countries in the world are even close to Norway in number of EVs on the roads per capita. By the end of May, a total of 300,000 battery-powered electric cars are sold in the country.

Additional to the network of chargers now announced, Tesla is about to open a network of eight new superchargers inside the Arctic Circle of Norway, Finland and Sweden, as previously reported by the Barents Observer.

The Alta-based Ishavskraft power company will deliver the electricity to the chargers and promises fully renewable energy.

He sees the deal as part of the effort towards a more renewable and fully electric Norway.

Minister of Climate and Environment, Sveinung Rotevatn, says in a statement that Norway’s ultimate goal is committed to selling only emission-free cars by 2025.

“Unfortunately, we have lagged behind in the county of Troms and Finnmark due to lack of charging opportunities,” he says.

“I’m very pleased with the support Enova is providing today. Now it will be easier to drive electric in Troms and Finnmark as well and it will feel safer to buy an electric car,” Minister Rotevatn adds.