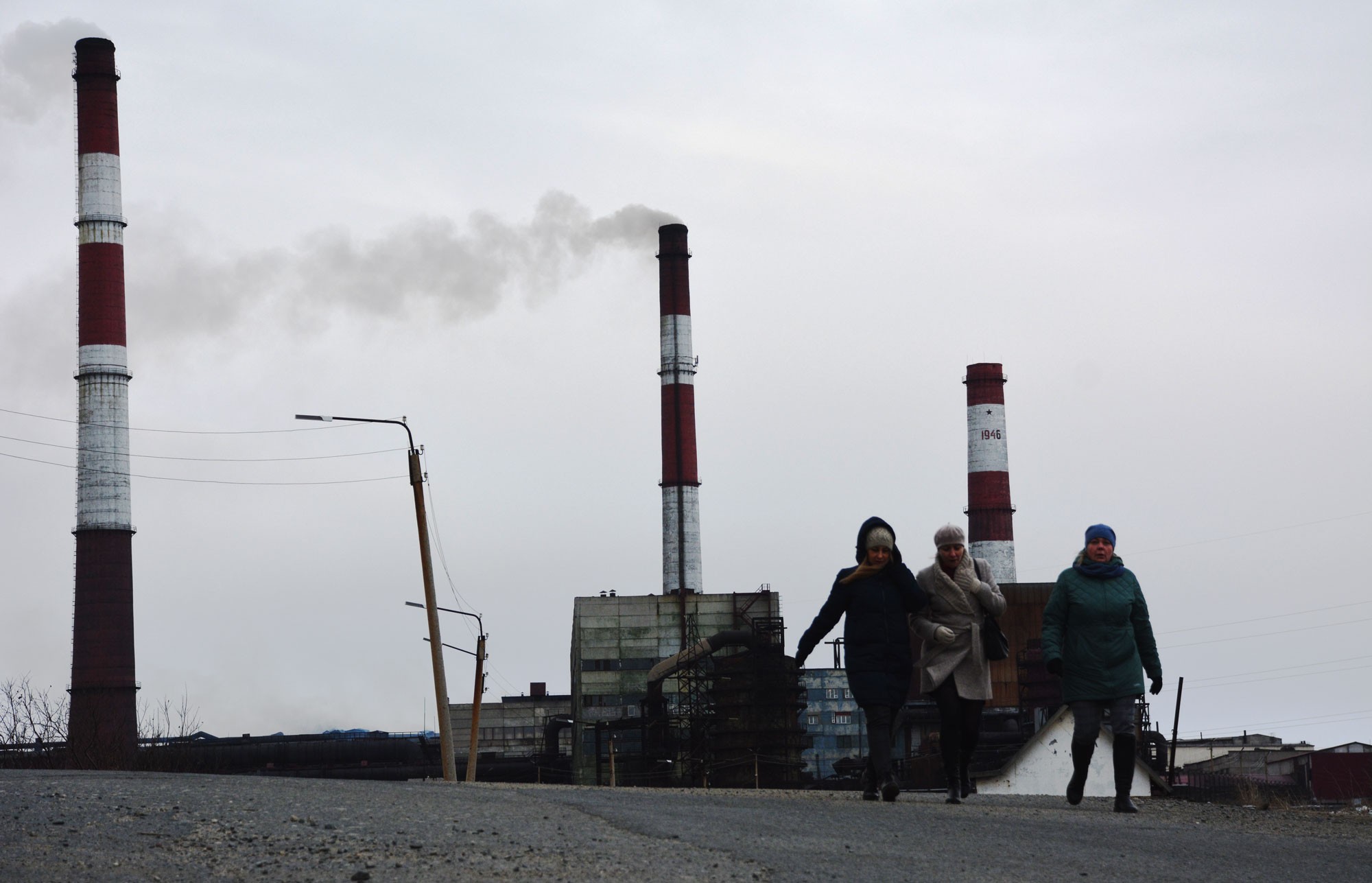 The toxic smoke that for decades has embraced the borderlands between Russia and Norway might soon vanish. It will help save and restore vulnerable nature. But the local population worries that Nikel will end up as an abandoned ghost town
Read in Russian | Читать по-русски

If you have a job at the plant, you are normally guaranteed a decent pay and comfortable living. That is the way it has always been in Nikel, the small company town located few kilometers from Norway and Finland.

But things are changing and life in Nikel is no longer bound by rules of safe and predictable living.

Nornickel, the company that owns the plant, confirms that a closure is underway. That has been said also before, but this time is different.

In a recent meeting with Murmansk Governor Andrey Chibis, Nornickel President Vladimir Potanin made clear that the 800 employees will soon be given other tasks. The closure will be made in the same manner as in Norilsk, Siberia, where the company in 2016 closed a smelter, Potanin explained.

«The company is going to apply the same practice in collaboration with the regional administration and in the village of Nikel, where about 800 company employees are currently working in the smelter. In the future, Norilsk Nickel plans to close this workshop,» he told newspaper Lenta.

In Norilsk, about 2,500 employees got retraining and were shuffled to other parts of the company. Some moved south, while others reportedly got favorable retirement benefits.

The upcoming closure in Nikel is confirmed also by the regional government. Murmansk Minister of Economic Development Yelena Tikhonova during a recent conference in Kirkenes, Norway, underlined to the Barents Observer that regional authorities and the company are working on minimizing possible negative consequences that are connected with the agreements.

«The efforts of the regional government and the company will be aimed in a way that makes the inhabitants feel no significant changes,» she underlined.

«The workers of the company can be re-qualified and employed within the company, and if there will be problems that would hinder this, then they without problems can move to places where they will feel comfortable.»

The town of Nikel houses the local government administration of Pechenga, the municipality that is located about 150 km west of Murmansk City. Nickel production has been the main source of living in this area ever since Finnish industrialists opened a mine and plant in the late 1930s.

Over the decades, the plant in Nikel has provided thousands of jobs and created billions of revenue. Ore from local mines and mines in nearby Zapolyarny, as well as from Norilsk, has been sent to Nikel for production of nickel matte, a processed nickel product.

Aleksandr Morozov has been Mayor of Pechenga since 2015 and is well aware of the situation. He does not however want to comment on the announced closure.

«We officially still have no official information about this. We have the following information: the Pechenga-Nikel plant has approved the level of emissions until year 2023. And what will come afterwards, I can not say,» the told the Barents Observer.

«We will have to wait and see,» he underlined.

But many locals appear well aware of what is now in the making. Andrey, a man who himself works at the plant, confirms that employees are informed about the situation.

«Production will be moved to Monchegorsk as soon as the modernization of a plant there is ready,» he says. «The plant in Nikel is far too energy consuming, too old and outdated, and production will in any case have to be moved.»

«Perhaps it will take a year or so more than planned, but it will definitely be moved,» he underlines. He believes the town of Nikel will inevitably get smaller, but he hopes new local jobs will be created.

Many locals express concern about the future.

«I believe they will close the plant and that it will be a big disaster for Nikel,» says Andrey, a man in his 40s who works at the local mine of Kaula-Kotselvaara. There will be no jobs left and unemployment will hike, he says.

Also Sergey, another employee at the plant, agrees that the closure will be dramatic for the local community.

«People will move away, there will be few young people left, and there will hardly be any new and alternative industrial establishments, nor government or company support for new activity and employment,» he says to the Barents Observer.

He explains that employees already have started to receive notice from the company about job opportunities in Nornickel’s other company towns, including nearby Zapolyarny, Monchorsk, as well as the north Siberian city of Norilsk and the new Bystrinsky project in south Siberia.

The plant in Nikel has been a key component in Nornickel’s major industrial activities in the Kola Peninsula. In large-scale logistical operations, nickel ore has been transported across the region to the company’s processing plants in Zapolyarny, Mochegorsk and Nikel. Over many years, also ore from north Siberia was shipped to the region for processing.

It has taken its toll on local nature. The vulnerable lands that surround the company’s plants in Nikel, Zapolyarny and Monchegorsk are all seriously destructed by the sulphur emissions.

For Nikel, time might now come for restoration of nature and development of new businesses. Nornickel has the means needed to support. The world’s biggest producer of nickel in 2018 paid a record-high $3,7 billion in dividends to its shareholders.

Melting of nickel, copper, platinum, palladium and cobalt are very profitable businesses. It remains to be seen whether any of the big money will benefit the remaining people of Nikel.