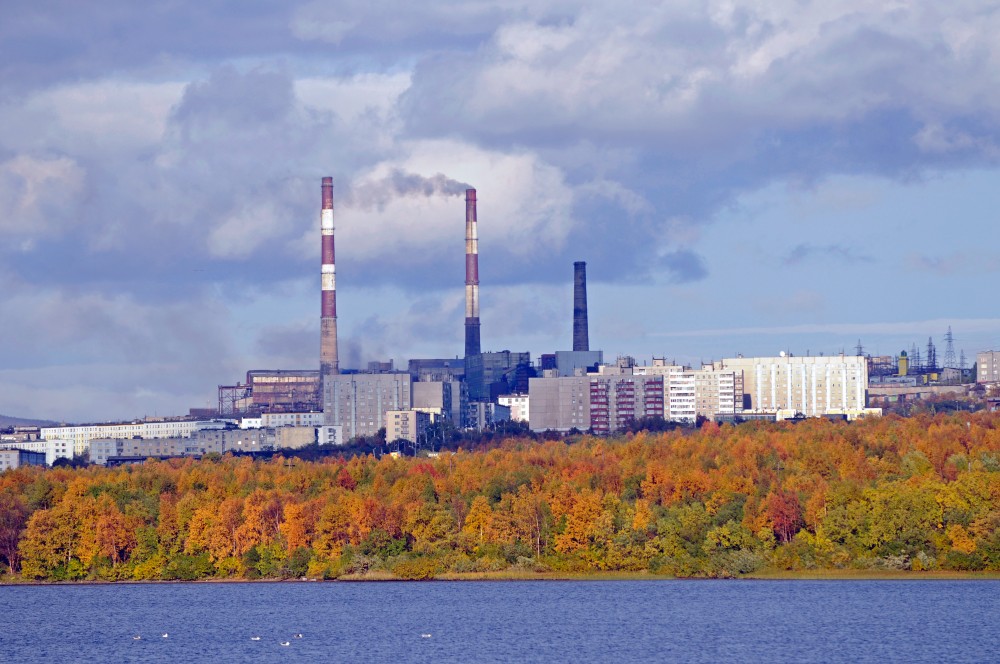 The town of Nikel near Russia's border to Norway in the north. Photo: Thomas Nilsen

Nornickel and regional authorities in Murmansk have signed agreement on how to collaborate on retraining and restructuring for the 800 employees of the smelter in Nikel.
Read in Russian | Читать по-русски
By

Nornickel has hinted about it earlier, but now it seems more real. The days of the bad-polluting nickel-smelter in Russia’s border-town to Norway are counted. It will be closed and the 800 employees will get new tasks. If to believe Vladmimir Potanin, President and main shareholder of Nornickel that operates the factory.

Potanin has said things before that later has been proven wrong.

In the public statement about the deal, posted both by the governor’s office and by Nornickel, the closure is not outlined. But, interviewed by Lenta about the agreement, Vladimir Potanin explains how successful the closure of the recent closure of the old nickel-smelter in Norilsk in Siberia was.

“The company is going to apply the same practice in collaboration with the regional administration and in the village of Nikel, where about 800 company employees are currently working in the smelter. In the future, Norilsk Nickel plans to close this workshop,” Potanin said.

In Norilsk, some 2,500 employees got retraining and were shuffled to other parts of the company. Some moved south, while others got favourable retirement benefits, Potanin explained.

Also Bloger51 in Murmansk, a well-informed source to insight information in the region, has look behind the public statements.

The blogger believes the smelting capacity will be moved from Nikel to Monchegorsk where the company today has smelters for upgrading the nickel-matte produced in Nikel to pure nickel for sale to the world market.

Monchegorsk is located some two hours drive south of Murmansk.

“Thus, the agreement with Norilsk Nickel is an attempt to minimize the consequences of the next wave of optimization of the enterprise,” Bloger51 writes.

The agreement between Murmansk governor Andrey Chibis and Nornickel president Vladimir Potanin amounts to about 140 billion rubles (€2 billion) for investments and developments in the region over the next five-years period.

To Lenta, Vladimir Potanin elaborates: “It is also planned to implement a program of training employees at the enterprises of our company.  (…) ..We agreed with Andrey Vladimirovich [Chibis] the region will also assist in hiring our workers at other enterprises.”

If this means new companies will be established in the town of Nikel, or if the workers there will be relocated to other locations is unclear.

“Nobody will abandon Nikel,” Murmansk governor Andrey Chibis said as quoted by Lenta.

He said the Pechenga region, where Nikel is located, has a lot of young entrepreneurs who have great creative ideas and that he will be happy to support the development of small and medium-sized businesses.

Chibis said infrastructure and existing events in Nikel can be used to “truly create a post-industrial, developing, comfortable village.”

“This is our goal. And in this way we will transform Nikel,” Governor Chibis said.

As an example, the governor said, could be development of foreign tourism.

Nikel is located a stone throw from the border to Norway and by road, Finland is less than two hours away. Governor Chibis pointed to the Kola superdeep, the world’s deepest borehole and the half-abounded settlement of Liinakhamari on the coast of the Pechenga fjord as having great potential for development of northern tourism.

Additional, there are a lot of World War II historical sites in the region and the abounded airfield of Korzunova were Yuri Gagarin once served as a pilot in the Soviet air force.

“There are also beautiful natural conditions,” Vladimir Potanin said, but failed to mention the huge areas of ecological disaster zones created by the pollution from the smelter in Nikel and the processing plant in nearby town of Zapolyarny.

“… the region has a lot of interesting objects for industrial tourism, which is now becoming fashionable. This includes the closing facilities of our enterprise,” Potanin said and added: “All this will allow, in my opinion, for creating an interesting infrastructure within five to seven years.”

The smelter in Nikel has for decades been a torn in the eye for bi-lateral relations between Norway and Russia. Periodically, the clouds of sulphur dioxide have blown across the border and local authorities in Kirkenes have triggered the air-pollution alarm.