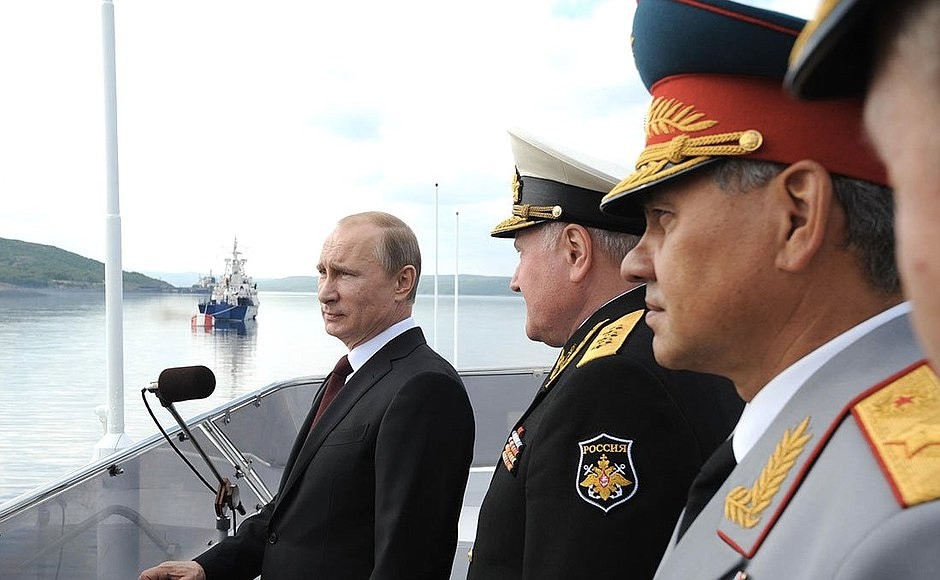 Russia's new National Security Strategy is tough against the West, but says little about the Arctic and climate change. Photo. Kremlin.ru

Regional infrastructure must be developed and stress put on equal and mutually beneficial international cooperation.

The document, which is to lay the basic premises for Russia’s national security over the next years, says only few, albeit important, words about Arctic developments.

In the chapter about ”Strategic stability and equal strategic partnership”, the document reads that ”Special importance must be placed on the development of equal and mutually beneficial international cooperation in the Arctic”.

Then, in the chapter about ”economy”, the document maintains that ”the instruments of public-private partnership must be applied in order to […] complete the formation of basic transport, energy, information and military infrastructure, especially in the Arctic […] and develop the Northern Sea Route”.

The new National Security Strategy was signed by President Vladimir Putin on the 31st of December. It replaces the country’s strategy from 2009. The document includes six sections and has a total of 116 points. The strategy follows the new Russian Military Doctrine adopted late December 2014.

The strategy comes as Russia is investing heavily in its military capabilities in the Arctic. A number of additional base structures are under development and new specialized regional troops are established, among them the Arctic Brigade and the new missile-powered regiment in Novaya Zemlya.

The low focus on climate issues comes amid what appears as a higher awareness about the poblem in government corridors. Minister of Natural Resources Sergey Donskoy in connection with the recent climate session in Paris underlined that Russia is increasingly troubled by extreme weather caused by climate change and that permafrost melting now threatens infrastructure along the Russian Arctic coast.

The document by name mentions only three countries; China, India and the USA. In addition, a number of international organizations, unions and alliances are mentioned, among them the UN, APEC, Eurasian Economic Union, CIS, EU, Shanghai Cooperation Organization, BRIKS, and, of course, NATO.