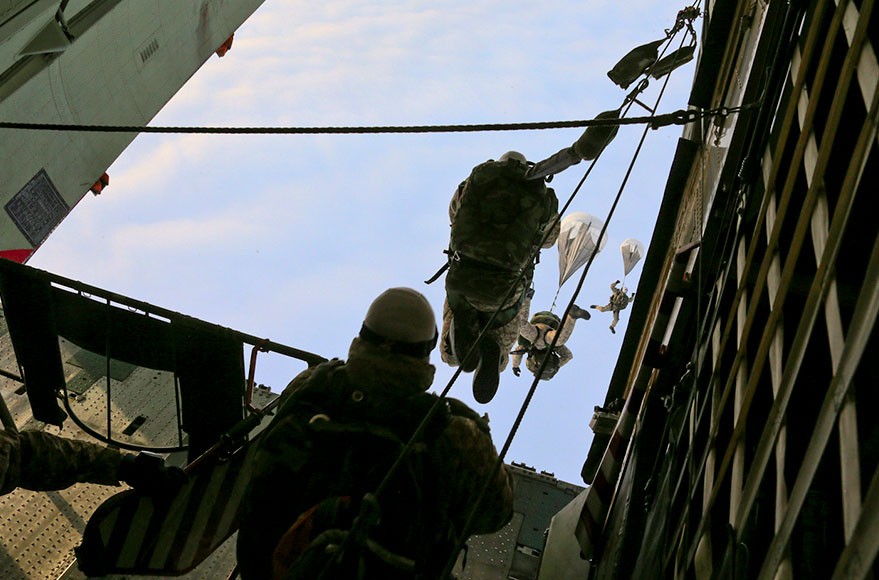 Jumping onto the ice. Photo: Mil.ru

About 2,000 jumps were conducted in this year’s winter season, the Russian Armed Forces inform.  That is well ahead of plans. According to the military press service, special units under the Northern Fleet over-fulfilled their original schedules by 30 percent, while regular land and coastal troops fulfilled their program in line with plans.

Most of the jumps were made from 700-800 meter heights and with full military armor.

Among the most unique operations was the one conducted over the North Pole drifting station of Barneo. Then, technicians preparing the runway close to the North Pole, had huge problems finding an ice floe solid enough for landing of aircrafts. Those jumps were conducted with use of the new Arbalet-2 parachute system, the military informs.

Russia has conducted airborne drills in the high Arctic the last two years. In April 2014 more than 90 paratroopers from the Ivanovo-based 98th Airborne Division jumped from an Ilyushin Il-76 airplane onto Barneo.