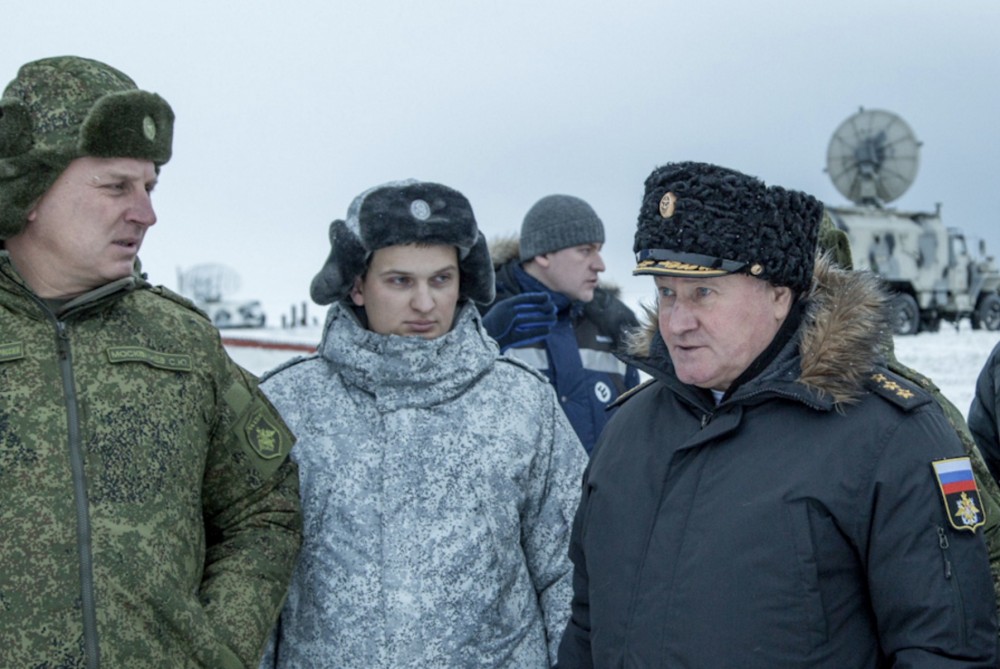 Vice Admiral Nikolay Yevmenov intends to take use of several new Arctic bases in the course of 2017.
Read in Russian | Читать по-русски
By

«Among the priorities for the Northern Fleet in the new training year is a targeted development and perfection of infrastructure in the Arctic», the fleet commander underlined in a ceremony in Severomorsk on Thursday.

«In addition, we will support for the fleet’s high level of battle preparedness, and a high-quality execution of training programs», he said.

The speech was delivered as the Russian Navy on December 1 starts a new training year.

According to Yevmenov, the Northern Fleet in 2016 conducted more than 30 long-distance voyages, among them both in the Arctic and other parts of the world ocean. The number of tasks conducted in the course of the year increased by 50 percent, the Navy informs.

New voyages are under planning, the commander underlined. Crews are being prepared for surface ships, submarines and support vessels, and destinations will be in the Arctic, the Atlantic Ocean and the Mediterranean.

The vice admiral will soon have at his disposal a series of new and upgraded Arctic bases, among them the Nagurskoye in Franz Josef Land, Rogachevo in Novaya Zemlya, the Sredny Island in Severnaya Zemlya, Kotelny in the New Siberian Island, the Wrangel Island and in Cape Schmidt.

Alone in Nagurskoye, more than 700 men are now engaged in the building of a new 2,500 meter long airfield capable to take on «practically any kind of aircraft».

The development of the bases is to be completed in the course of 2017, the Russian Ministry of Defense has said.