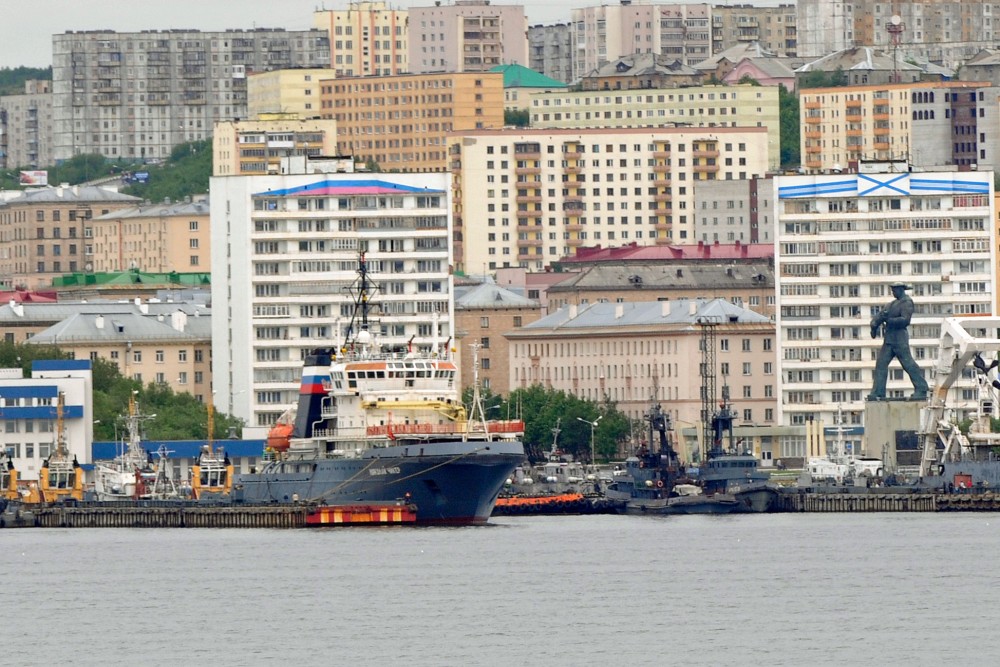 Sailing home from Syrian war to Severomorsk in January «Nikolay Chiker» and the Kuznetsov carrier group was closely shadowed by Norwegian naval vessels.

The rescue exercise is one of very few arenas where vessels from a NATO country sails side-by-side with Russian military vessels. This year, «Exercise Barents» takes place in the waters outside Russia’s Kola Peninsula in the Barents Sea, Russia’s Ministry of Defense reports.

A month ago, «Nikolay Chiker» sailed along the coast of Norway less than a month ago together with Russia’s two most powerful warships; aircraft carrier «Admiral Kuznetsov» and nuclear powered battle cruiser «Pyotr Velikiy» on their way home from warfare mission in the waters outside Syria.

Two NATO frigates, one British and the Norwegian «KNM Roald Amundsen» followed the Russian navy group from the North Sea towards the waters outside Ålesund on Norway’s west coast. From there, the Norwegian Coast Guard vessel «KV Andenes» took over the monitoring on the voyage further north towards the Barents Sea.

In addition to the salvage tug, the Northern fleet will participate with its brand new multifunctional search- and rescue vessel «Spasatel Kononenko» - a vessel commissioned last Christmas.

The scenario for the exercise this year is search and rescue of people in distress at sea, as well as prevention of oil pollution from Arctic waters. In addition to the Russian navy, both port authorities, FSB border guard in Murmansk and the Maritime Rescue Coordination Center (MRCC) will take part.

Senior Adviser Alf Kristiansen with the Norwegian Coastal Administration tells the Barents Observer that details about the exercise will be provided after a joint protocol meeting takes place in Russia by mid-March.

Russia’s Defense Ministry says Norway will participate with ships, Coast Guard vessels, military patrol aircrafts as well as other governmental agencies. Norway’s Military Joint Headquarters has so far not replied to questions from the Barents Observer about which capacities will take part.

All military cooperation between Norway and Russia was put on halt after Moscow’s annexation of Crimea in March 2014, with exceptions to search- and rescue and border guard cooperation in the high north.

The exercise is planned for May 31st, Norway’s Coastal Administration’s calendar reads.