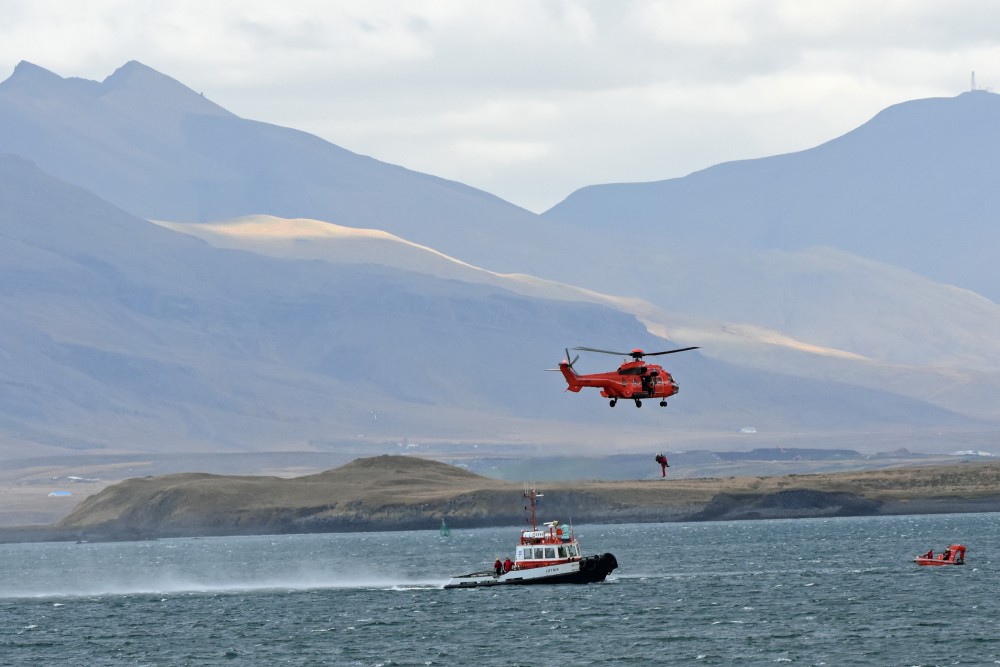 The eight Arctic nations take responsibility as a whole new ocean for shipping opens up when the ice melts away.
Read in Russian | Читать по-русски
By

Russia, Norway, Iceland, USA, Greenland and Canada are the six nations with overlapping oceans in the Arctic. Together with Sweden and Finland, that shares icy waters in the Baltics and Bothnia, the nations on Friday signed a doctrine on tactics and information sharing for operations in Arctic waters.

A new protocol outlining combined operations involving Russia and NATO countries is a positive sign in times of troubled east west tensions in other areas.

The Arctic Coast Guard Forum was established in 2015 with the task to deal with growing shipping in the Arctic and how the eight Arctic states’ coast guards should best respond to disasters.

Meeting in Boston to sum up a two-years collaboration of the Arctic Coast Guard Forum, the eight countries agree on testing emergency response in real. A live exercise will take place in the Arctic later this year, the U.S. Coast Guard writes in a press release.

“Since the Forum’s inception, working groups have established strategies, objectives and tactics aimed towards achieving common operational goals in the region,” the statement reads.

The Arctic Coast Guard Forum is an operationally-focused, consensus-based organization with the purpose of leveraging collective resources to foster safe, secure and environmentally responsible maritime activity in the Arctic.

The coming summer is likely to see the lowest sea ice extent in modern times and consequently, new shipping routes in the Arctic will become navigable. In the waters north of Norway and Russia, new oilrigs are expected to move in. A record high of tourist expedition cruise vessels is ready to sail the new Arctic frontiers.

Combined knowledge and hardware is the only way to meet emergency preparedness in waters where distances, climate conditions, infrastructure and communications are weaker than most other navigable places on the planet.

“This forum – one of many ways in which the Coast Guard uses our unique roles to enhance our Nation’s diplomacy – has quickly established itself as a premier platform for fostering safe, secure and environmentally responsible maritime activity in the Arctic,” said U.S. Coast Guard Commandant Admiral Paul Zukunft after the forum meeting in Boston.