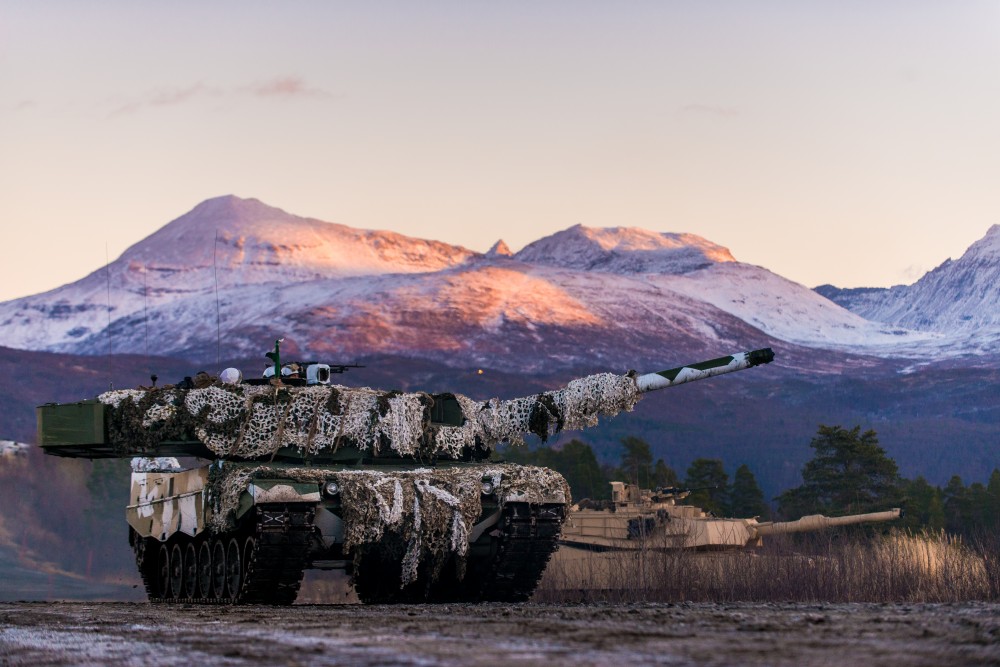 Evenes airport is the future home to Norway’s five new maritime patrol aircrafts to fly intelligence missions over northern waters where Russia’s submarine fleet is more and more active. The airport will also serve as the High North forward base for the new F-35 to be delivered to the Norwegian Air Force.

On Monday, Europe’s largest air force exercise kicks off in the skies over northern Scandinavia. More than 100 fighter jets, bombers, transport planes and aircrafts for electronic warfare will fly out from Bodø (Norway), Luleå (Sweden) and Rovaniemi (Finland) in a drill that lasts until June 2nd.

Spokesperson for the Norwegian Army, Lt Col Ole Johan Skogmo says to the Barents Observer the Army’s snap drill is not linked with the air force drill.

«It has nothing to do with the Arctic Challenge Exercise,» Skogmo says.

«Some 200 soldiers from the Northern Brigade,» participate in the snap drill Skogmo tells. Leopard 2A4 battle tanks and CV90 MK III infantry fighting vehicles are being moved from the Northern Brigade’s camp in inner-Troms to Evenes airport. The army says this drill was not notified up front.  The plan is to return the tanks and armored vehicles to the camp on Tuesday.

The Norwegian Army has several times over the last years called for snap drills. Last time was in November 2016, but also in June last year, an unannounced combat readiness drill took place, then by moving troops northeast to Tana in Finnmark.

Next year, Norway will host NATO’s high-visibility exercise Trident Juncture. Some 35,000 soldiers from up to 30 nations will participate the Norwegian Defense announces.

Trident Juncture exercises take place every third year and is NATO’s major exercise. In 2015, Trident Juncture took place in Portugal, Spain and Italy while next year, military training in cold climate is the focus.