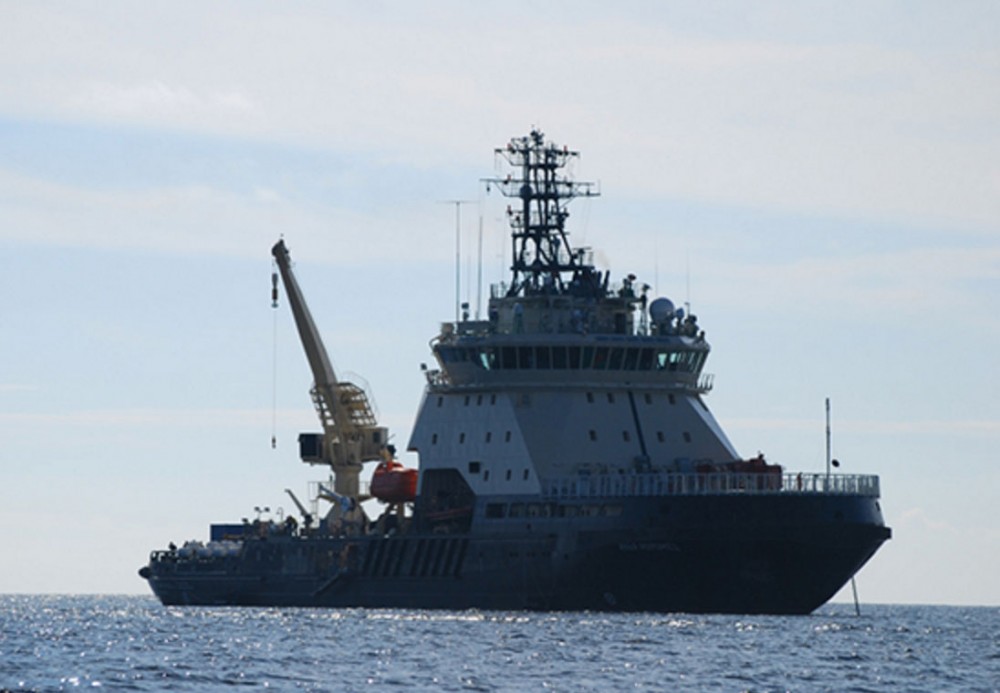 The «Ilya Muromets» will set course towards Russia’s northern Navy base of Severomorsk in the course of fall.
Read in Russian | Читать по-русски
By

The ship is the first icebreaker built exclusively for the Russian Navy in 45 years. It is built by the Admiralty Yard in St.Petersburg and currently undergoing testing in the Gulf of Finland, the Northern Fleet informs.

Under the leadership of Captain Gleb Rutinsky, the «Ilya Muromets» and its crew has successfully tested engine power and tugging capacities. The 85 meter long, 6,000 ton heavy ship is the first vessel of new class 21180. It will serve as icebreaker, tug and patrol vessel and be used as support ship for the Northern Fleet.

The vessel can independently break through 1,5 meter thick ice.

Construction of the ship started in April 2015 and in June 2016 the ship was put in the water. In the course of fall 2017, the ship will head north and start its employment in the Northern Fleet.

Commander-in-Chief of the Russian Navy Admiral Korolyov called the launch of “Ilya Muromets” a significant event. “Use of the newest Russian technologies in the construction of ice-class ships for the Navy allows one to make the conclusion that domestic military shipbuilding has been able to preserve and develop its potential in this field.”

The employment of the new ship comes as the Northern Fleet is significantly expanding its range of activities in the Arctic.