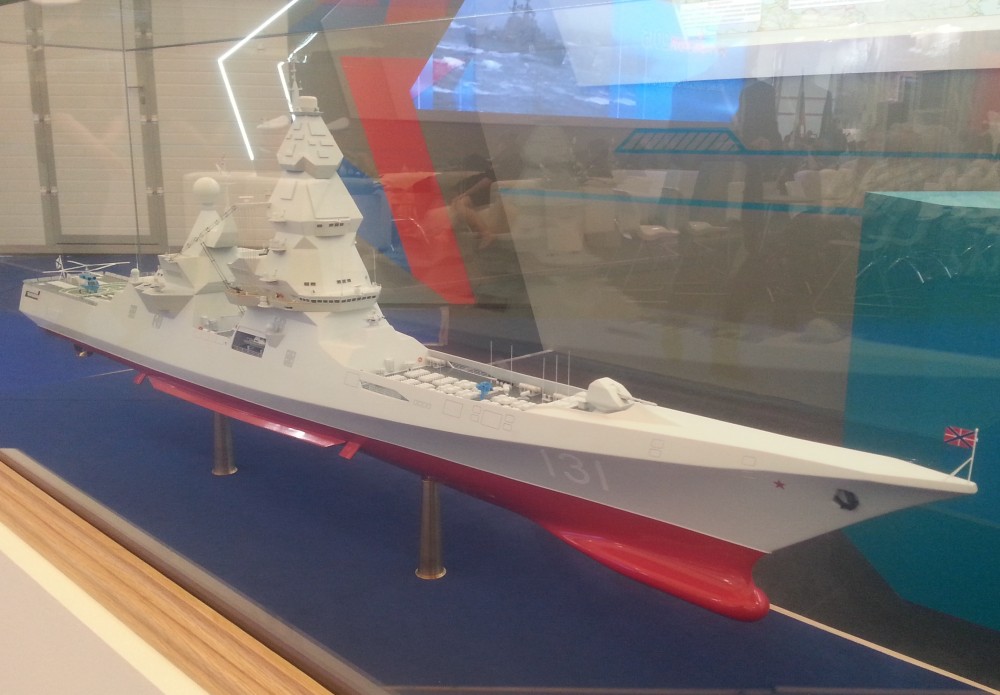 The warships will be more heavily armed than any other surface vessels in the Russian Navy.
Read in Russian | Читать по-русски
By

The Ministry of Defense has approved the design of the Lider-class (Project 23560), RIA Novosti reports and quotes Igor Ponomarev, Vice-President of the United Shipbuilding Corporation.

The vessels will make up the backbone if the Russian Navy’s oceangoing surface fleet, important in a strategy set by Kremlin to sail all world’s oceans. Autonomous sailing is set to be 90 days, much due to the vessels nuclear propulsion.

According to another report by RIA Novosti earlier this summer, metal cutting for eight destroyers of the class will start already in 2018, while keel-laying and construction is planned for 2025.

The eight destroyers will sail for both the Northern Fleet and the Pacific Fleet, although the exact number of vessels for each of the two fleets are not yet specified. Today, the Russian Navy operates only one nuclear powered surface vessel, the heavy-missile cruiser «Pyotr Velikiy» based in Severomorsk, the Headquarters of the Northern Fleet on the coast of the Barents Sea.

Originally, four vessels of the Kirov-class were built. «Pyotr Velikiy» is the only still in service, but modernization of the «Admiral Nakhimov» currently goes on at the yard in Severodvinsk.

A 55 MW water-cooled reactor of the new RITM-200 type will be the main power source of the new Lider-class vessels. This reactor is similar to the those being installed on board Russia’s new icebreakers «Arktika» and «Sibir» currently under construction at a yard in St. Petersburg.

Lider-class destroyer is 200 meters long and has a displacement of 17,500 tons and can sail with a speed of 30 knots. The vessels will be more heavy armed than the «Pyotr Velikiy» missile cruiser.

According to RIA Novosti, each vessel will carry about 200 anti-ship and anti-submarine Calibr of Onyx cruise-missiles and the S-500 long-range anti-aircraft missile system.