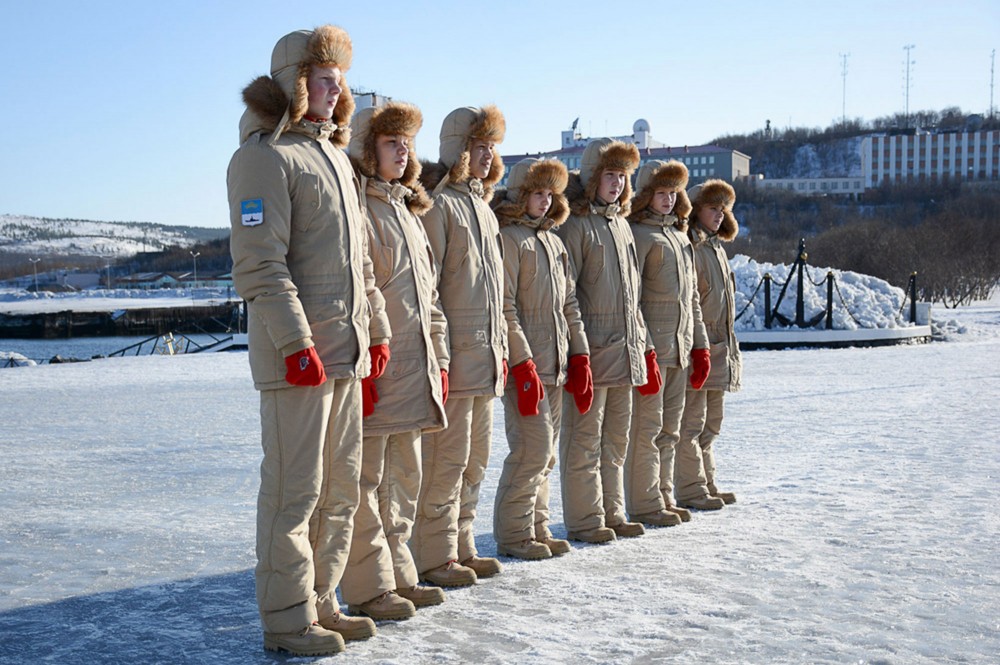 The Yunarmiya now includes more than 1,600 youngsters from the Murmansk region. Many of them live in closed Navy towns.
Read in Russian | Читать по-русски
By

The patriotic-militaristic youth movement keeps growing at big pace and now totals more than 170,000 children and teenagers from all over the country.

Military towns are key recruitment areas and another 105 youngsters from Murmansk and nearby towns in early December joined the Yunarmiya in a ceremony held on board aircraft carrier «Admiral Kuznetsov».

According to the Russian Armed Forces, a total of 1,619 youngsters from Murmansk Oblast had by early December 2017 enrolled in the Yunarmiya. In neighboring Arkhangelsk Oblast, the number was 1,300 and in the Komi Republic - 1,545.

In Murmansk Oblast alone, there are now more than 72 local Yunarmiya units. Many of them are located in Northern Fleet towns. There are also units in Nikel and Zapolyarny, the border towns near Norway and Finland.

Since the Yunarmiya was established by Defense Minister Sergey Shoigu in late 2015, it has grown into the by far biggest youth movement in the country.

The movement is directly subjected to the Armed Forces. According to the Ministry of Defence, the purpose of the movement is to «trigger an interest among the young generation in geography and the history of Russia, its peoples, heroes, excellent researchers and military leaders».

Among the activities proposed by the Ministry are safeguarding and maintenance of memorial sites, stand guard on sites with «eternal flame», engage in voluntary work, and participate in culture and sport events.

However, many of the Yunarmiya units are also involved in activities which include guns a combat-like training.