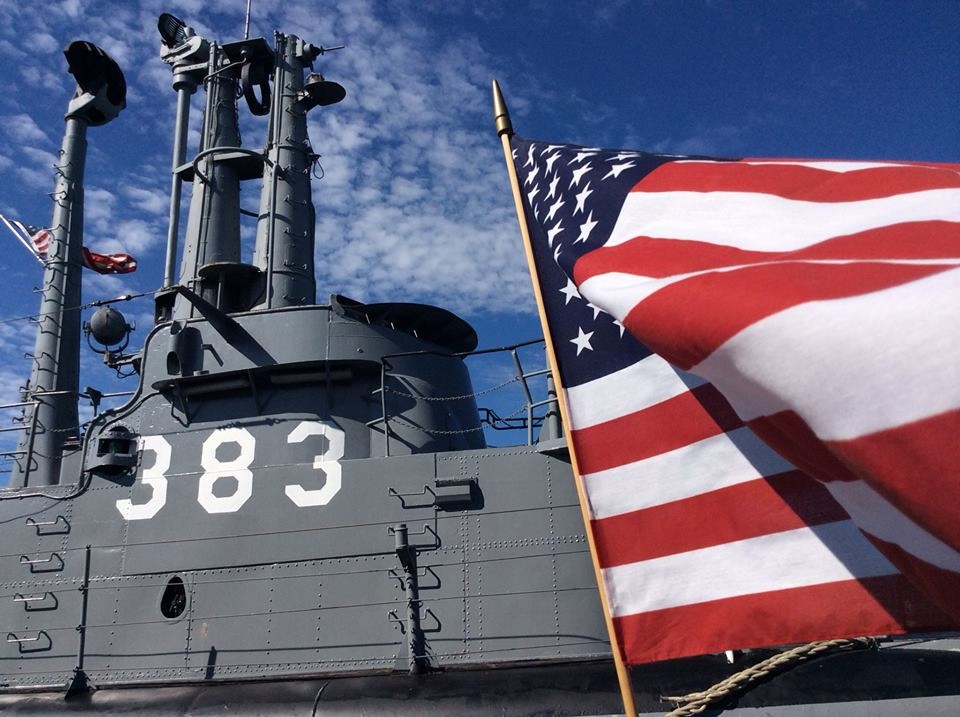 NATO and Russia’s cat-and-mouse game in the Norwegian and Barents Seas gives a sharp increase in allied port-calls, especially in northern Norway.
Read in Russian | Читать по-русски
By

Allied nuclear powered submarines are much more frequently sailing inside Norwegian waters, surfacing for crew-exchange or other purposes; either to port or in waters inshore the coast.

Last year peaked with more than 40 voyages requiring permission in and out of Norwegian coastal waters.

“3 to 4 per month,” says Navy Captain Per-Thomas Bøe with the Ministry of Defense in Oslo when asked by Barents Observer about the 2017 numbers of allied nuclear powered submarines.

“The majority were in the north, three times more,” Bøe says about the geographical areas of allied nuclear-powered submarines. Typically, an American submarine on mission in the Norwegian Sea would not want to sail all way south to Haakonsvern or to a naval base in the United Kingdom to put on shore a crew member or pick up some new devises or supply. Surfacing near the area where the cat-and-mouse hunt with the Russians takes place saves time.

Not all port-calls actually mean the vessel goes to port. Often, especially in northern Norway, a submarine typically surfaces inshore in a fjord and is met by another vessel that brings crewmembers to a nearby port. Since the early 1960s and throughout the Cold War, Norway’s policy was not to allow for allied warships to make port calls east of 24 degrees in peacetime. That is harbours in Finnmark on the Barents Sea coast.

Olavsvern navy base outside Tromsø was closed down in 2009, just a year before Russia again started to sail much more frequently on submarine voyages from the Kola Peninsula to the North-Atlantic.

For NATO, keeping track of Russian submarines is of strategic importance. The so-called GIUK gap (Greenland, Iceland, United Kingdom) is where submarines from the Kola Peninsula can access the North-Atlantic. If not tracked, those submarines could potentially pose a threat to allied naval vessels sailing between Europe and North America. If NATO manages to block the GIUK gap, allied convoys would be safer in a possible war scenario.

West of North Cape, where the Barents Sea meets the Norwegian Sea, waters are much deeper and the cat-and-mouse game can begin. The Barents Sea is not deeper than 250 meters and it is easier to track submarines sailing out from their bases on the coastline between Murmansk and the border to Norway. Therefore, the further north in the Norwegian Sea NATO forces can detect and shadow the Russian submarines, the easier it is to follow where in the North-Atlantic they are sailing.

The job, however, is said to be more difficult in recent years due to more silent sailing propellers, especially with the latest Yasen-class vessels.

It was two years ago commander of NATO Maritime Command, Vice-Admiral Clive Johnstone, triggered the alarm bell and publicly said the alliance sees “more activity from Russian submarines than we’ve seen since the days of the Cold War.

Recently, the Barents Observer published an article showing from where on the Kola Peninsula the fleet of nuclear powered spy-submarines operating globally are based. The secretively special mission operations will in the nearest years receive more submarines, including the largest ever built in the world, the 184 meters long “Belgorod”.

In NATO, France, United Kingdom and the United States operate nuclear powered submarines. It’s reasonable to assume that the majority of nuclear submarines in waters in Northern Norway are American.

The U.S. Navy operates three classes of multi-purpose submarines. Oldest and most numerous is the Los Angeles class from the 1980s, while the Seawolf and Virginia class are more modern. In total, the U.S Navy operates 54 multi-purpose nuclear powered submarines devided on naval bases on both the east coast and west coast, according to a 2016 report by the Norwegian Defense Research Establishment. East coast submarines are the ones most likely to appear inshore Norwegian waters. American ballistic missile submarines are not sailing outside the coast of Norway.

All American, British and French submarines have one reactor each. Since the very late 1980s, multi-purpose submarines have under normal circumstances not been sailing with any nuclear weapons on board.

In Norway, a foreign military nuclear powered vessel is not allowed to enter without holding a prior permission. The Radiation Protection Authority must be consulted, and will recommend granting or denying a vessel such permission. However, it is the Ministry of Defence that has the right to give a final approval. Such approvals will be given each single time an allied nuclear powered submarine wants to surface inshore Norway or make port-call to any harbour facilities, including Haakonsvern naval base outside Bergen on the southwest coast.

“The numbers have increased substantially in recent years,” says Øyvind Gjølme Selnæs, Senior Advisor in the department for Emergency Preparedness and Response with the agency.

He says the agency is about to publish a report about the changes in threat assessments regarding nuclear safety in recent years. “We will report about the increase in number of port calls,” Gjølme Selnæs says and explains how this will make a new baseline for the agency’s new emergency preparedness assessments.

“The Norwegian Radiation Protection Authority has responsibility of ensuring port-calls are conducted in a good and responsible manner. We have the authority to review relevant safety- and emergency preparedness plans and supervise when licenses [to come to Norwegian waters or ports] are granted,” Øyvind Gjølme Selnæs tells.

Nils Bøhmer, a nuclear physicist with the Bellona Foundation in Oslo, says the more nuclear powered vessels there are in Norwegian waters, the more increases the risk for incidents with consequences for people and environment in Norway.

“Three to four port calls every month last year are substantially changing the risks scenarios,” Bøhmer says and points to possible accidents with both allied and Russian nuclear powered submarines.

“We know from history that accidents happen,” Nils Bøhmer tells. His organization has published reports detailing Cold War accidents with Northern Fleet submarines, both in Arctic waters and other places in the North-Atlantic.

“More sailings with both allied and Russian submarines increase the risk of new accidents. Also, we know that US authorities do not comment on whether their submarines carries nuclear warheads or not,” he elaborates.

Bøhmer is especially worried about the long distances in the north. “Emergency preparedness is not necessarily available around the corner in the high north,” he says.

Iodine pills to be distributed

Last year, the radiation protection agency said the raising numbers of reactor powered submarines along the coast of Norway increase the risk of accidents involving radiation leakages. As a result, the agency and health authorities agreed to asses the viability of iodine tablets to parts of the population.

Iodine pills taken within hours after exposure to radioactive iodine-131 can prevent thyroid cancer, especially among children and teenagers.

Today, three million iodine tablets are stored at a depot in Oslo, but will soon be distributed to areas at higher risk than others.