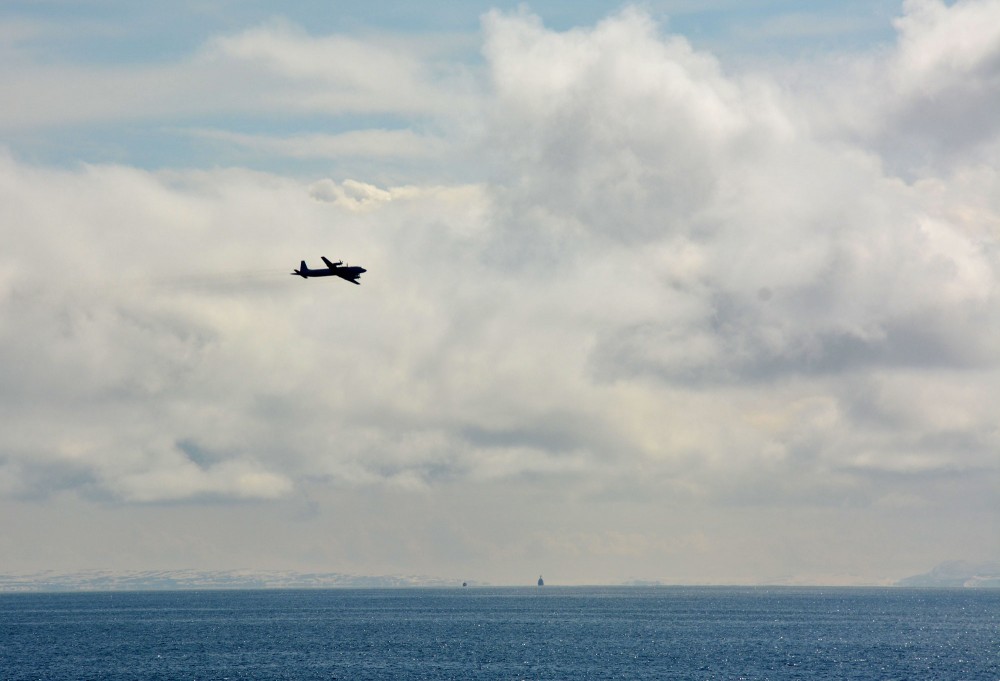 New and upgraded air bases allow the Northern Fleet to extend the scope of its Arctic flights.
Read in Russian | Читать по-русски
By

In the course of 2017, more than 70 air patrols with aircrafts Tu-142 and Il-38 were conducted over Arctic waters, the press services of the Northern Fleet informs. This year, the patrols will be continued and the geographical scope «significantly expanded».

«It is expected that the Navy pilots of the Northern Fleet in 2018 will significantly expand the geography of the Arctic flights, including with the use of the polar airfield of Temp in the New Siberian Islands», a press release reads.

The pilots and air crews are being carefully trained in manoeuvring in difficult Arctic weather. The involved aircrafts help monitor ice conditions and provide more secure shipping for vessels in the area, the Navy says.

Over the last years, there has been busy construction works at the Nagurskoye airfield in Franz Josef Land, the Temp at the New Siberian Islands, Rogachevo in Novaya Zemlya and Naryan-Mar.

Representatives of the Russian Northern Fleet have early said that the new Nagurskoye base will be equipped with a 2,500 meter long landing strip and a fleet of MiG-31 or Su-34.

There are also upgrades in the making at the airfields of Vorkuta, Tiksi, Anadyr and Alykel.

The upgrade of Severomorsk-1, the Northern Fleet’s main airbase, is significant to the extent that it soon can be considered a completely new airfield, Spetsstroy informed in early 2017. The facility is getting a new runway, new taxi strips, aircraft parking areas, light and signalization equipment, as well as new command and control center. When finished, the airport will be capable of handling a wide range of aircrafts, including the long-haul and wide-body Il-96.