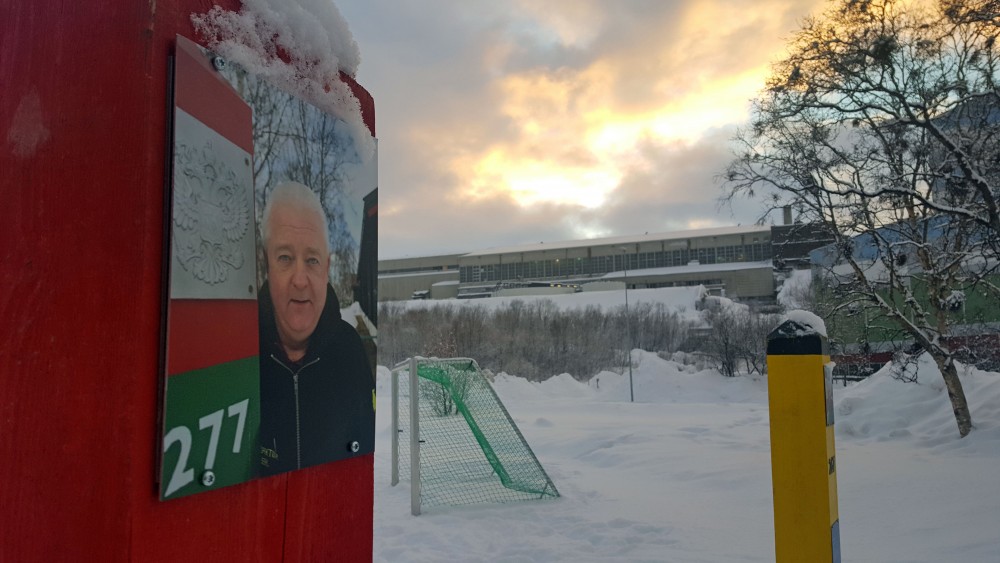 In Kirkenes, the hometown of Frode Berg near Norway's border to Russia, is portraits of the spy-accused pensioner displayed on border poles as part of an street art exhibition. Photo: Thomas Nilsen

There was a growth in foreign intelligence activities in Russia last year, Vladimir Putin announced to the public as his annual speech to the FSB was broadcasted from Moscow.

«They use the most modern methods of both intelligence and technical intelligence,» Putin said and encouraged the counterintelligence services to be on high alert to stop foreign spies. The President said those spies are attempting to gain access to information of political, economic, technological and defense related nature.

«… last year, activities of 72 foreign intelligence officers and 397 agents of foreign special services were stopped,» the Russian president said. In total that would be 469 people accused of spying inside Russia. Putin did not specify who the 72 allegedly foreigners were. Neither did he provide more details about the 397 agents working in the interests of other countries special services. Likely the 397 are Russian citizens.

Frode Berg is one of the 72 foreigners accused of espionage last year. Berg was arrested in Moscow on December 5th last year and has since then been behind bars in the high security Lefortovo prison. In Kirkenes, the arrest of Frode Berg has shaken the locals as many are actively involved in cross-border contacts with Russia in the north.

Berg says he feels trapped into the spy-case. «I’m accused of something I haven’t done,» he told reporters from inside a metal cage in a court room in Moscow in February.

Putin’s speech to the board of the Federal Security Service (FSB) is an annual event. Last year, Putin said the counterintelligence services «put a stop to the work of 53 foreign intelligence officers and 386 agents.»

In other words, FSB and other services discovered and stopped 30 more spies in 2017 compared with the year before.