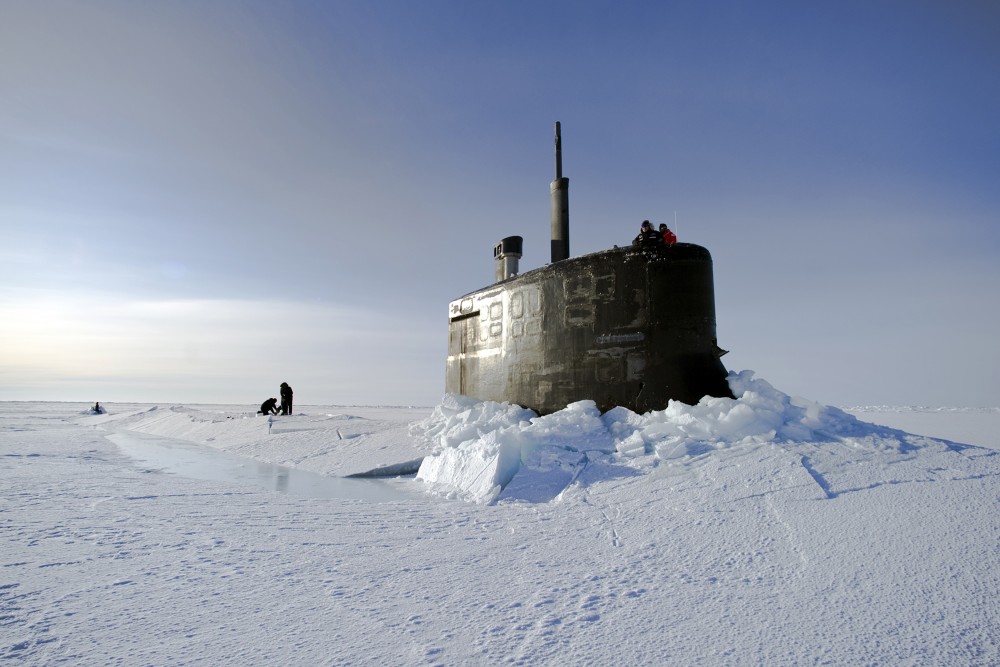 This photo is from 2011 when Seawolf-class submarine «USS Connecticut» surfaced in the Arctic. Photo: Kevin S. O’Brien / U.S. Navy

Under-ice navigation and torpedo exercises will last for the next five weeks.
Read in Russian | Читать по-русски
By

Two American and one British nuclear powered attack submarines are now sailing under the ice in the Arctic as the biannual exercise ICEX 2018 starts.

The three submarines, whose operation is coordinated from a command centre on an ice floe, will conduct multiple Arctic transits, a North Pole surfacing, scientific data collection and other training evolutions during their time in the world’s northernmost ocean, the Commander of the U.S. Pacific Fleet informs. Photos from the command centre on the ice are posted on Facebook by Arctic Submarine Laboratory.

«We are constantly testing new tactics, techniques and procedures under the ice and this exercise allows us to do so on a larger scale and alongside our U.K, joint and academic partners,» says Read Adm. James Pitts.

The operations include torpedo exercise, the Navy informs without providing further details.

From the U.S. Navy, the Seawolf class «USS Connecticut» and the Los-Angeles class «USS Hartford» participate. The British Navy participates with the Trafalgar class «HMS Tenchant».

Two years ago, a similar exercise took place under the Arctic ice. In January, the Barents Observer reported about an sharp increase in visiting American nuclear powered submarines to Norwegian waters, especially in the north.