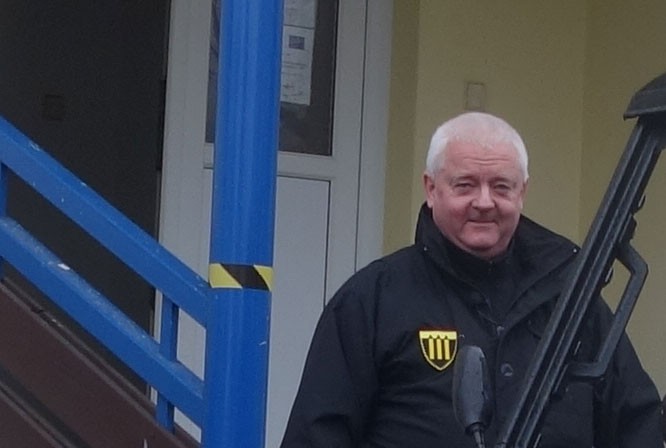 Frode Berg’s Norwegian lawyer Brynjulf Risnes says to the Barents Observer nothing has really changed regarding the question of guilt.

«He realizes he has carried out tasks for Norwegian intelligence, but he never understood the bigger context,» Risnes tells. «He didn’t know what he did was part of attempt at espionage against Russia, like the accusation describes it. Therefore, he has so far not plead guilty for espionage as charged.»

It was on Sunday Frode Berg’s Norwegian and Russian lawyers told Dagbladet that their client admits he went to Moscow on behalf of the intelligence service.

FSB accuses Berg of espionage under the criminal code’s paragraph 276. During a pre-trail detention hearing in early February, Frode Berg told a group of reporters that he was in Moscow to buy Christmas presents and «I’m accused of something I haven’t done.» Berg said he felt trapped into the case, but would not reveal who told him to go to Moscow with the €3,000 he intended to send to a woman named Natalia.

«With the information now available is our client Frode Berg sure that the man he met in Oslo last autumn, who asked him to go to Moscow and do what led to his arrest and spy accusation, worked for the Norwegian Intelligence Service,» says Ilya Novikov, Berg’s Russian lawyer to Dagbladet.

The December tour to Moscow was not Berg’s first mission to Russia. He says through his lawyers there had been several such tours and FSB accuses the Norwegian pensioner of contributing to collection of secret information since the summer of 2015, Dagbladet reports.

After Dagbladet’s article was published Sunday evening, numerous Norwegian media have tried to get comments from the Intelligence Service, but the answer is all over the same:

«Frode Berg is a consular case and all calls on the issue should therefor be directed to the Ministry of Foreign Affairs. Beyond this, the intelligence service has no comment about the matter,» spokesperson Kim Guldbrandsen says.

Asked by the Barents Observer earlier this winter, Foreign Minister Ine Eriksen Søreide confirmed the case to be «a consular matter.»

«It’s a consular case and we provide consular assistance. We do what we can to protect his interests and vist him in prison,» Eriksen Søreide said. «Beyond that, I will not speculate.»

Lawyer Brynjuld Risnes says he does not know when a possible trail will start.

Do you think a date for the trail depends on if, or when, Frode admits guilt?

«I don’t know. That likely depends on many factors.»

If convicted, Frode Berg risks a minimum sentence of 10 years in prison. Maximum penalty is 20 years.