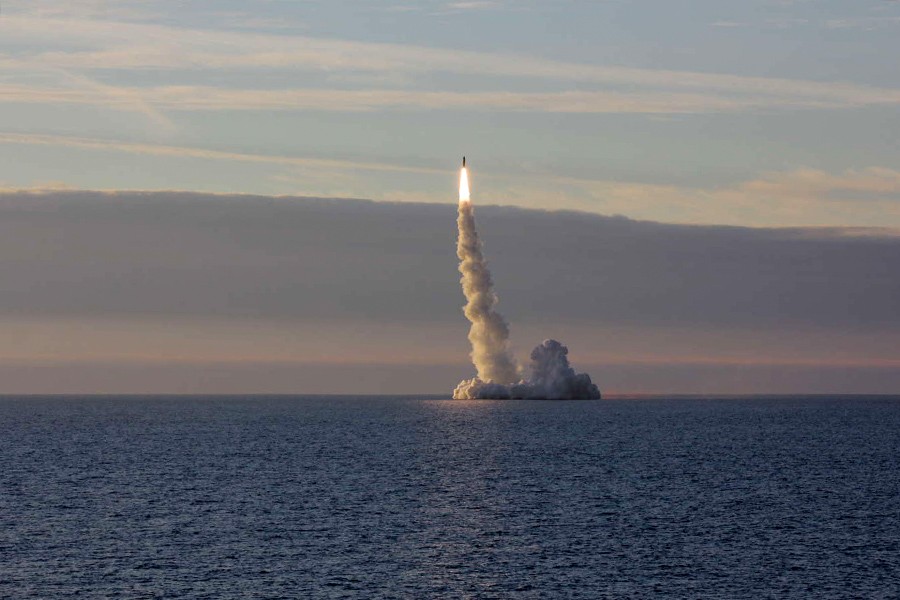 Large areas in the Barents Sea west of Novaya Zemlya and in the White Sea are closed off.
By

The Port Administration for Western Arctic’s Murmansk branch has issued warnings for a larger area in the eastern part of the Barents Sea, west of the southern island of Novaya Zemlya. The first warning, including «prohibited to sail»  lasted from May 21st to 23rd, while a new warning for the same area says May 24th to May 25th. Both warnings are marked «missile rockets»

The normally well-informed twitter account @FBTK (7 Feet Beneath the Keel) points to an area in the White Sea also closed off during the period. Being the deepest parts of the White Sea, the area south of Varzuga and Chavanga on the Kola Peninsula is known for test-launches of ballistic missiles.

If launched as indicated, it will be the first Bulava test since June last year.

An ballistic missile trajectory consists of several phases and the area in the Barents Sea closed off for civilian shipping is where the booster rocket is separated and will fall to sea. The dummy warhead is likely targeted to the Kura missile test range on the Kamchatka Peninsula in the Far Northeast.

Bulava is the most modern submarine launched ballistic missile for nuclear warheads in the Russian navy. Since 2004, a total of 26 tests of the missile have taken place according to Wikipedia.

UPDATE: Tuesday May 22nd, 23 pm - A salvo of four missiles was launched in most massive wargame test from one submarine since the Cold War