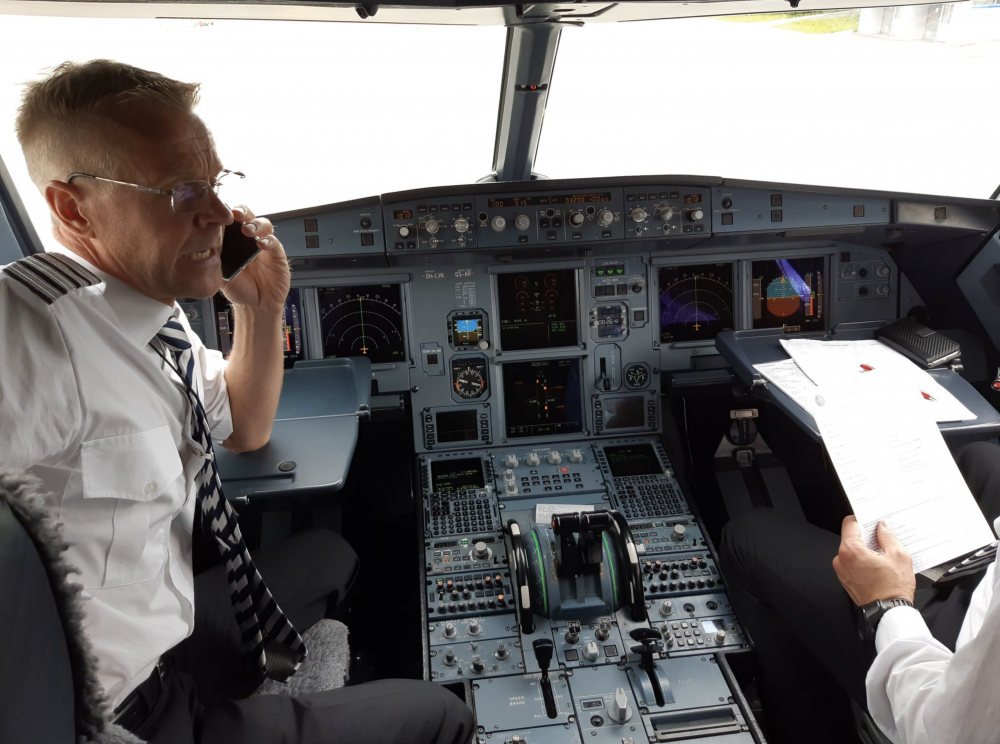 Maybe not the best PR for Murmansk port as tourist destination.
Read in Russian | Читать по-русски
By

After posting photos of the waiting aircraft at Murmansk airport, twitter blogger  @MMK__ asks rhetorically «Personally, I have question: Is the military defenders or saboteurs?»

On Monday, the nuclear-powered icebreaker «50 let Pobedy» was stopped from sailing in the Kola Bay because of the Northern Fleet’s ongoing military exercise. Waiting for five hours, the passengers coming back from a nearly two weeks’ voyage through the ice to the North Pole were consequently also delayed in transfer to the waiting charter aircraft supposed to take them directly from Murmansk to Helsinki with further connections to Asia, Europe and North America.

Twitter-blogger @MMK__ also brings a photo from the cockpit where the crew were frustrated over the unplanned waiting time.

Russia’s Northern Fleet has been exercising in the Kola Bay and the Barents Sea for the last two weeks in what the Defense Ministry in Moscow says is the largest drill in ten years.

On Thursday last week, the Barents Observer reported about civilian vessels queueing up in the Norwegian-Russian maritime border area outside of Varanger due to the waters east of the Fishermen Peninsula being closed off for artillery and rocket shootings from navy vessels.

Murmansk is Russia’s busiest port in the European north, important for cargo, oil, fish and metals. A new purpose built pier for cruise ships opened two years ago as Murmansk promote itself as the «Gateway to the Arctic».

Severomorsk, the headquarters of the Northern Fleet, is located north of Murmanks in the Kola Bay and has the power to close the bay for all civilian sailings.