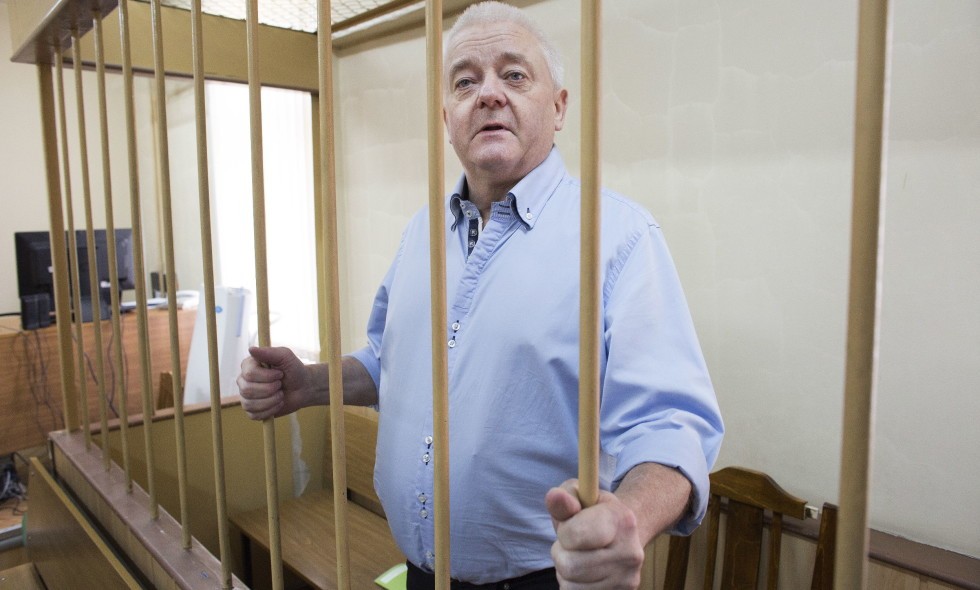 Frode Berg has to stay in a cage in the court room. Photo: Henning Lillegård / Dagbladet

Still not clear when FSB wants to bring the spy case in for court.
By

On Wednesday Lefortovsky district court in Moscow, behind closed doors, prolonged the custody period until September 18. The 62 years old Norwegian pensioner has been held since December 5th, 2017 accused of espionage.

Today’s court hearing was originally supposed to take place in August, but was for unknown reasons moved forward. Berg’s Oslo-based attorney, Brynjulf Risnes, hopes for faster handling of the case. “That should be positive,” he says to the Barents Observer.

“We hope the case could come up for court this autumn so that Frode Berg could be home again soon after the court is over. But, there are still obstacles to overcome,” he underlines.

Berg has according to his lawyer Ilya Novikov admitted that he was in Russia as a courier for the Norwegian intelligence service. When arrested, Frode Berg carried two envelopes with €3,000 to be posted to a women named Natalia.

According to his attorneys, Berg claims he was set up and denies being a spy. From behind bars in the court room on Wednesday, Frode Berg said to the newspaper VG that “Now I see an end to this.” He did not elaborate.

Frode Berg is the first Norwegian citizen in modern times arrested on espionage accusation in Russia.

Read also: On May Day, a show of solidarity with Frode Berg

According to Russian law, a person accused of espionage can be kept in custody for 18 months before charges has to be tried for court. The Berg-case is still under investigation. Lawyer Ilya Novikov says to VG that the investigation could come to an end in October.

Frode Berg lives in Kirkenes, the border town close to Russia’s Kola Peninsula where he was working as border inspector for about 30 years before retiring.