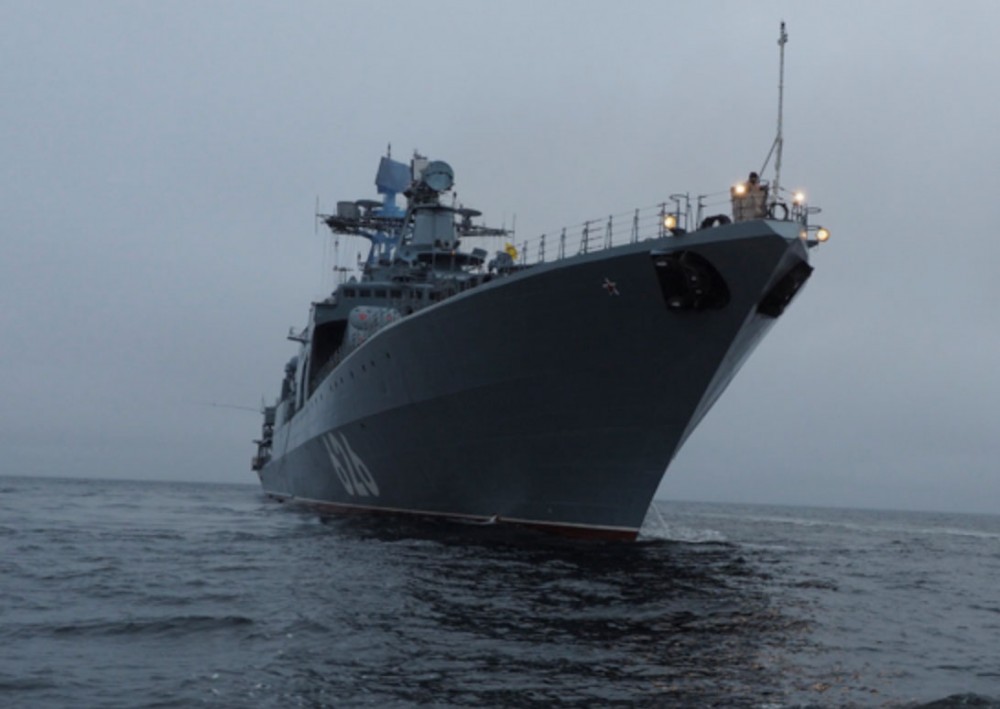 As they sailed thought the shallow waters separating Russia and the U.S.A, the ships lined up in battle formation and engaged in anti-submarine training.
Read in Russian | Читать по-русски
By

The group of at least eight ships from Russia’s Northern Fleet is returning home after their show of force in the Pacific Ocean at the same time as the ongoing Vostok-2018 exercise.

The ships have now sailed into the Chukchi Sea and have course for Cape Vankarem where they will bunker fuel and fresh water, the Northern Fleet press service informs. Nearby is the new and upgraded Navy base of Cape Shmidt.

When the ships sailed through the Bering Strait they lined up in battle formation and engaged in anti-submarine training.

Sailing conditions in the Chukchi Sea are now difficult, the ship captains report. There is thick fog and the ships are all on high alert with regards to navigation security.

The fleet earlier this week conducted landing drills on the east coast of Chukotka peninsula. The exercise included coastal protection by soldiers from the Arctic Brigade. The soldiers had before the drills marched 270 km from Cape Vankarem.

Both the defensive and offensive parts in the drills actively applied drones to get intelligence data and tactical information, mil.ru reports.

Upgrade for Northern Fleet air base