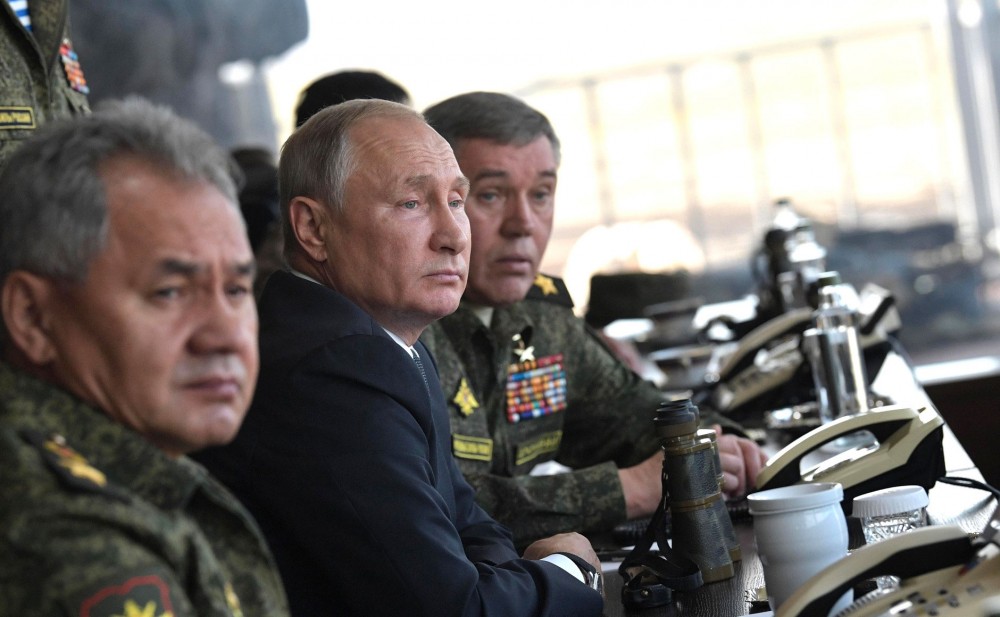 «We have efficiently learnt how to provide a progressive and balanced development of our army and fleet, that enables them to neutralize any potential threats.»
Read in Russian | Читать по-русски
By

In a series of meetings with his top military leaders, Vladimir Putin this week highlighted the importance of the new weapons programs developed by his military industrial complex.

According to the president, the large-scale ongoing rearmament of the military now allows Russia to resolve all contemporary and future tasks. That includes «a sustained strategic balance and reliable protection of the country from external threats.»

By year 2021, both the Army and the Fleet will have at least 70 percent of its weapons and equipment from the new armament programs. In 2018, almost 1,5 trillion rubles have been spent on the serial production of new weapons, Putin told military leaders and representatives of the top military-industrial companies.

By mid-November, a total of 74 aircrafts and helicopters, 80 UAVs, four S-400 anti-aircraft missile complexes, five surface vessel and 250 tanks have been delivered from the military plants, the president underlined.

According to Putin, Russia has learnt how to cope with a strained national security situation.

«Under the ruling conditions, without being dragged into a military arms race, we have to provide a progressive and balanced development of our army and fleet, that enable them to neutralize any potential threats,» Putin said.

«Results from the last years confidently show that we have learnt how to work with this,» he made clear.

The top military priorities of the Russian president are new weapons, combat preparedness and the spirit and patriotism of the troops.

He also underlined that the Russia has been forced to develop new weapons following the exit of the USA from the Anti-ballistic Missile (ABM) Treaty.

«We openly and honestly announced that we were going to take counter-measures, and so we have done,» Putin said.

«Now, Russia has supersonic weapons that are capable of penetrating any anti-missile defense system.»

There are indications that the Arctic archipelago of Novaya Zemlya is test area for several of the new weapons. An intelligence report this summer said that the nuclear-powered missile crashed in Barents Sea. Video footage provided in Putin’s speech indicate that the launch site of the missile is near the old observation station Pankovo at Novaya Zemlya. This location was used until 1961 to observe atmospheric nuclear bomb explosions taking place some few tens of kilometers further north.