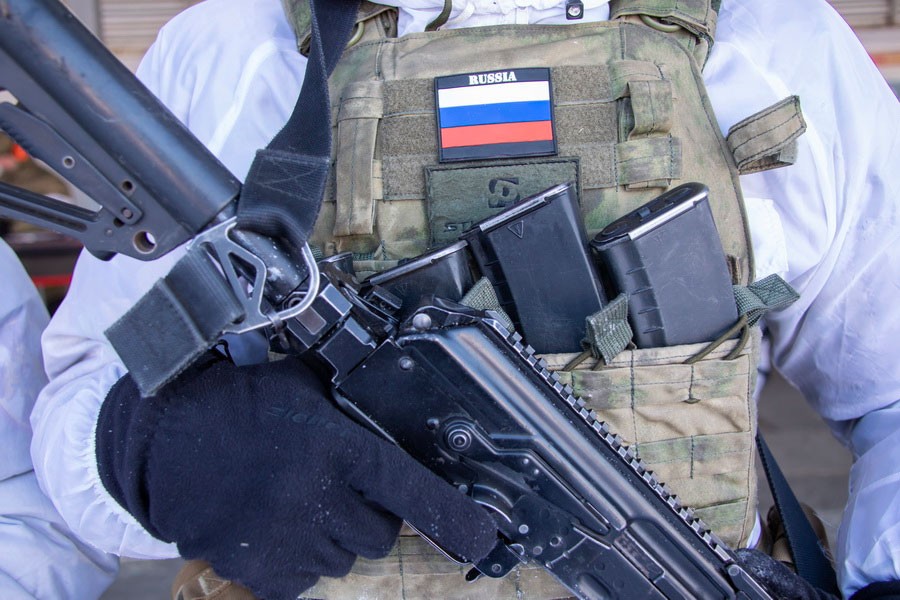 The Russian military force is to guard the natural gas terminal in Sabetta, the floating nuclear power plant in Pevek and several more key Arctic sites.
Read in Russian | Читать по-русски
By

Rosgvardia, the Russian National Guard, is strengthening its role in the Arctic as it is commissioned to protect several key strategic sites in the region.

According to Sergey Lyutikov, a representative Rosgvardia in the Yamal-Nenets region, national guard troops are taking over the protection of Arctic port of Sabetta.

«The question about the protection of Sabetta is resolved,» he told TASS, and made clear that a significant number of new troops have been added to the regional law enforcement authority.

Among the troops will be soldiers specializing in protection of ships shuttling to the port terminal, Lyutikov told the news agency.

Sabetta has become one of Russia’s most important infrastructure objects in the north. It was officially opened in December 2017, and now has the capacity to deliver more than 16 million tons of liquified natural gas per year.

It is not the only infrastructure object and site in the Arctic which is getting a protective hand from the security force. According to Rosgvardia leader Viktor Zolotov, the number of tasks in the region are mounting.

«First of all, we are talking about providing security to sites along the Northern Sea Route where nuclear-powered vessels are active,» he said in a meeting late 2018.

That will include Pevek, the east Arctic town that soon will house the «Akademik Lomonosov», the floating nuclear power plant.

From before, Rosgvardia forces have been actively training in the Arctic. In April 2018, soldiers were parachuted onto the show-covered stretches of Franz Josef Land, the Russia Arctic archipelago. They subsequently engaged in the training scenario: to hunt down and eliminate a group of bandits.

It was the first ever exercise of the kind and it was conducted in cooperation with units from the FSB Border Guard Service and the Russian Armed Forces, the National Guard informed. It followed drills conducted in Murmansk.

Chechen troops played a key role in the drills. It is not clear whether the Chechens will be engaged also in the protection of Sabetta, Pevek and the other Arctic installations.

The National Guard is a military force directly subjected to the Russian President. It was was established in 2016 as part of a major reshuffle of Russian law-enforcement authorities.

The powerful body includes more than 300,000 officers and is headed by Viktor Zolotov, the former leader of the president’s security service. Both contract and conscript troops, and possibly also cossack forces, are part of the structure.