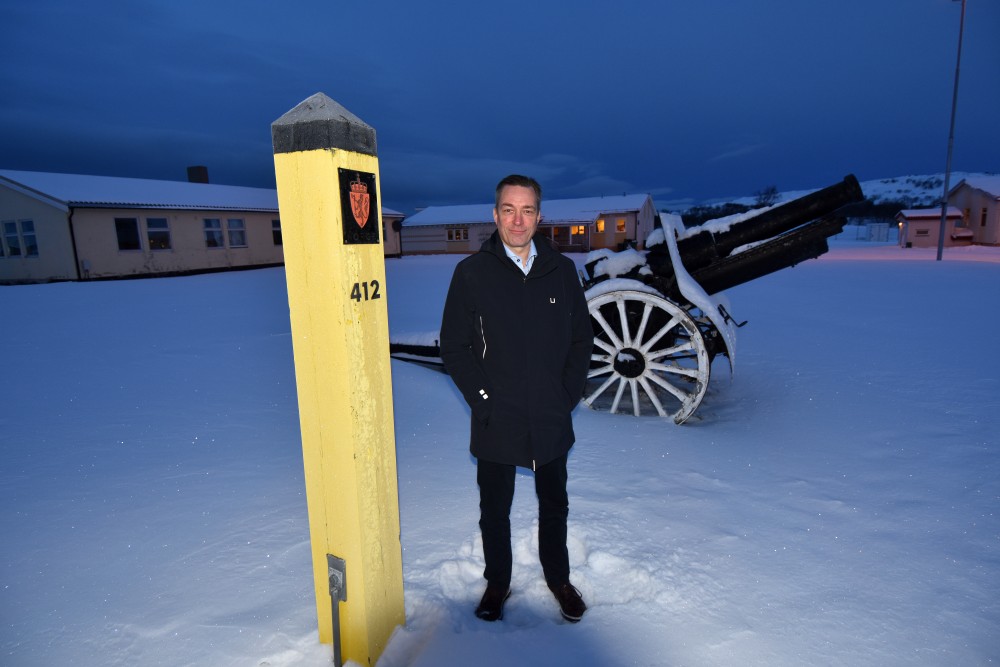 The Norwegian minister of defense uses his new year’s speech to lash out against the neighboring country.
Read in Russian | Читать по-русски
By

There were few conciliatory signals in Defence Minister Frank Bakke-Jensen’s speech delivered this Sunday at the Norwegian Military Society.

The tone was sharp and the picture dark. According to the minister, the world is getting more and more unstable and Russia carries a key part of the blame.

«The concern number one is Russia. We see a more clear kind of seriousness connected with our neighbour in the East,» Bakke-Jensen underlined to an audience of top military officials and defence experts.

The defence minister’s annual speech in the Military Society has always had a high focus on neighbouring Russia. But this year, the message appeared to be more direct and outspoken than before. According to Bakke-Jensen, Russia deliberately seeks to degrade and undermine western unity and international cooperation. It uses military and economic force to subdue others while diplomacy and political solutions are downplayed.

Bakke-Jensen tried to explain that Norway has a warm and close relationship with the Russian people and that cooperation with Russian authorities continues within fields like search and rescue, fisheries, research and border management. But that message was quickly overshadowed.

Consequences for the North

Since the annexation of the Crimea, Russia has acted with confrontation towards western countries and institutions, the defence minister said. «These changes in behaviour directly affect Norwegian and allied security,» he underlined.

«By and large, the developments in our surroundings illustrate that we have to take into account that armed conflict between states in Europe is no longer unthinkable.»

Consequences are serious also in the High North, the government representative made clear, and referred to the repeated cases of jamming of GPS signals in the northern county of Finnmark.

The speech was held as Norway increasingly teams up with the U.S in the north. Since early 2017, more than 300 U.S marines have been deployed on rotational basis in Værnes, near Trondheim, in central Norway. In late 2018, another 400 soldiers from U.S 3rd Battalion, 8th Marine Regiment, were deployed north of the Arctic Circle in the Setermoen military camp.

At the same time, American authorities have decided to re-establish the U.S. 2nd Fleet, a force that will have a key focus on the North Atlantic and the Arctic.

The deployments have angered Russia, and the country’s Defence Minister Sergey Shoigu in late December 2018 made clear to President Putin that there is a growing pressure from Nato and the USA. Shoigu also expressed concern about the ongoing construction of Norway’s new Globus-3 radar only 60 km from the Russian border. And Norway is also doubling the number of U.S Marines based in the country, he told the President.

The role of Nato

According to Frank Bakke-Jensen it is the growing role of Nato that is the answer to the geopolitical situation in the north.

A strong national defence within the frames of alliance is the basis for Norwegian national security and defence policy and the USA remains the country’s closest ally, he underlined.

The minister made clear that Norway is concerned about political developments in the USA but did not comment on the highly contradictory signals from U.S President Donald Trump.

«We should rather look at what they actually are doing,» he underlined and referred to growing U.S investments in European infrastructure and more troops.

«As we all know, Nato is designed for American leadership [and] therefore it is important the all allies team up for the alliance and work with the Americans so that also their national security interests are observed.»

According to the Norwegian government, defence spending has over the last five years increased with about 30 percent. And that growth is due to continue, Bakke-Jensen said.

Norway is eager to boost the role of Nato in the North and sees the recent major allied exercise Trident Juncture as a signal that the alliance is moving towards the region.

«This is something we have been working for for many years,» the defence minister underlined.