Norway allows allied nuclear submarines to make port calls to the civilian industrial harbor of Grøtsund north of Tromsø, 375 kilometers from the Russian border.
Read in Russian | Читать по-русски
By

“Contrary to the historical traditions of neighborly relations and cooperation in the Arctic, Oslo continues to escalate tension and increase the risk of military action. This will not be left without a response,” Russian foreign ministry spokeswoman Maria Zakharova told reporters on Thursday at her weekely press briefing.

Last year, Navy Captain Per-Thomas Bøe with Norway’s Defense Ministry confirmed to the Barents Observer that NATO submarines are more frequently given permission to sail inshore the coast, especially in northern Norway. “3 to 4 per month,” he said.

With more naval activities in Arctic waters, U.S. and British submarines choose to surface in northern Norway for crew change or receiving supplies, rather than sailing all south to Norway’s main naval base Haakonsvern outside Bergen or to submarine ports in the U.K.

With the 2009 closure of Olavsvern naval base near Tromsø, allied submarines have lacked a secured port facility in the north. To compensate, Norwegian authorities are now allowing for port calls to Grøtsund / Tønsnes civilian industrial port a-half-hour-sailing north of Tromsø.

“There are more and more examples of Norway’s active participation in the implementation of NATO’s plans to increase the Alliance’s presence in the Arctic region. In 2019, this list will be supplemented with a contribution to creation of infrastructure for servicing submarines in the North Atlantic. In particular, a separate port for receiving nuclear submarines will be equipped not far from Tromsø in northern Norway,” Zakharova said according to the transcript from the briefing.

Grøtsund harbor is 375 kilometers (as the crow flies) west of Norway’s border to Russia’s Kola Peninsula.

In comparison, 2/3 of Russia’s naval forces, including about 30 nuclear powered submarines, are based on the Barents Sea coast. Zapadnaya Litsa, where the 4th generation multi-purpose attack submarine of the Yasen class has homeport is 40 kilometers from the border to Norway. Within a distance of 110 kilometers are the naval ports of Vidyayevo, Gadzhiyevo, Polyarny and Severomorsk where all multi-purpose and ballistic missile submarines, as well as the surface warships of the Northern Fleet are based.

Maria Zakharova’s painting of a picture of NATO military buildups near Russia’s border was further colored this week by headlines in a number of media telling the story about “NATO detonated toxic torpedoes close to the territorial waters of Russia.”

Apparently, the wording “close to” is far from reality. 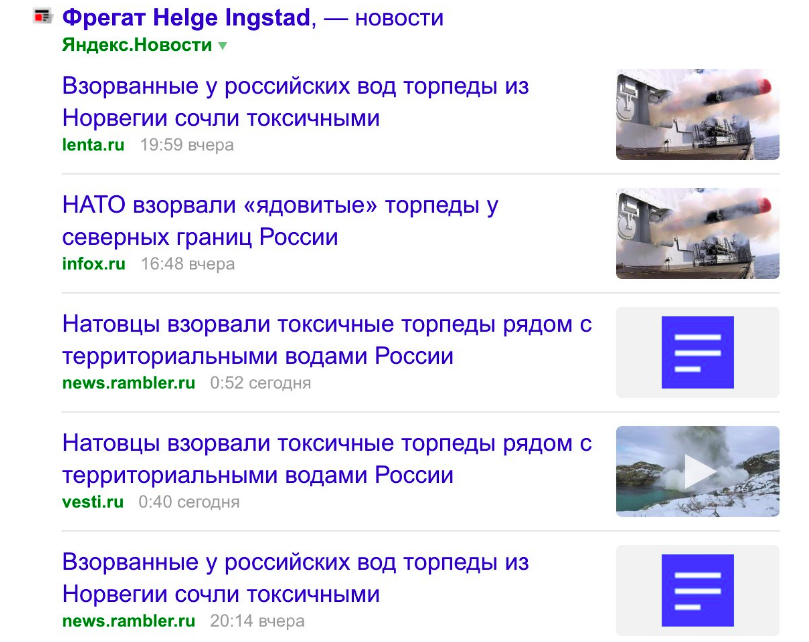 Norwegian navy did actually detonate several torpedoes from the wreaked frigate “KNM Helge Ingstad” this week. However, the explosions were carried out in Hjeltefjorden outside Bergen on the south west coast, in distance 1,600 km (as the crow flies) from the border to Russia’s Kola Peninsula.

He explains the needs of Norway for new port infrastructure in the north after years of abounding Cold War military bases for naval vessels along the coast.

“With the closing of Olavsvern, Norwegian and allied submarines were left with hardly any points of supply north of Bergen,” Wegge says. “That situation was not very satisfying given Norway’s geography and very long coast in the north.”

Wegge points to the rapid changing security picture in the north.

“With new armament programs in Russia, and rapidly increased military activity in the north, it should not come as a surprise that Norway and its allies again see a need for better port facilities for submarines and naval assets in Northern Norway,” Njord Wegge says.

He sees the Grøtsund / Tønsnes port outside Tromsø as a “natural response to increased demand for presence in the north.”

However, Wegge underlines “the fact that the new point of supply is as  far west as outside Tromsø, very far from the Russian border, should not be interpreted as provoking.”

The bunkers are part of the Northern Fleet’s modernization and re-armament of the Barents Sea region.