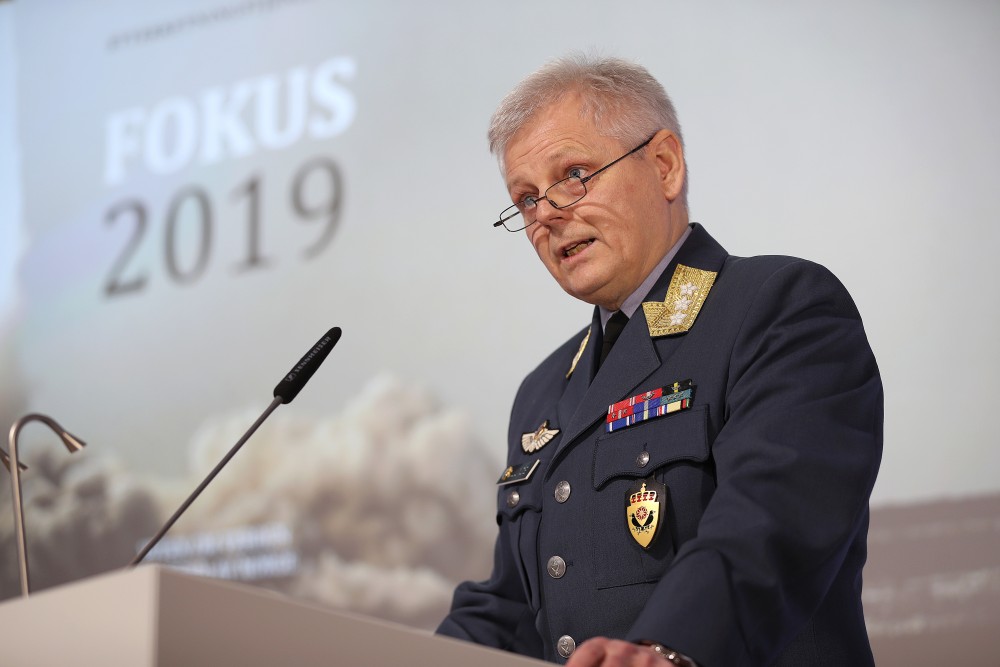 Presented in Oslo on Monday, the annual military intelligence report assesses threats and security analyses seen with Norwegian eyes. Chief Director of the intelligence service spent much of his time on the rapid changing security situation in the Arctic.

“The focus on military-power development and the conflict with the West, makes Russia to a larger extent turns towards China for support to development of infrastructure,” Morten Haga Lunde said and pointed to Yamal LNG and shipping along the Northern Sea Route.

He underlined the growing military cooperation between Russia and China.

“In the long term, we must be prepared for a clearer Chinese presence also in our neighboring areas,” Haga Lunde said in his presentation.

“Such development is in line with President Xi’s goal to develop the military as part of the country’s superpower ambitions. Beijing will to a larger extent use military-power as a tool in its foreign policy,” the Focus 2019 report reads.

China has the world’s third largest navy, but has never had military voyages to Arctic waters. That might soon change.

Commander Jinlong was invited on board the Northern Fleet’s multi-purpose nuclear powered submarine “Voronezh” of the Oscar-II class. China’s own fleet of ballistic-missile submarines is developed with reactor-technology from the Russian navy.

The Chinese and Russian navy officers discussed “issues related to the response to existing threats in the World Oceans,” the Barents Observer quoted from the press-service of the Northern Fleet after the meeting.

Also, the parties discussed “possible practical forms of cooperation in the interest of strengthening maritime security.”

While the Chinese navy earlier has focused its area of influence near its own backyard, Beijing sailed warships to exercise with Russia in the Mediterranean and Black Sea in 2015 and in the Baltic Sea in 2017.

If the navy commanders agreed about possible Chinese participation in this year’s major Russian military exercise, Tsentr-2019, is not known to the public.

Key parts of the exercise will be held in the area between the Arctic archipelagos of Novaya Zemlya and New Siberian Island, the Barents Observer reported in December.