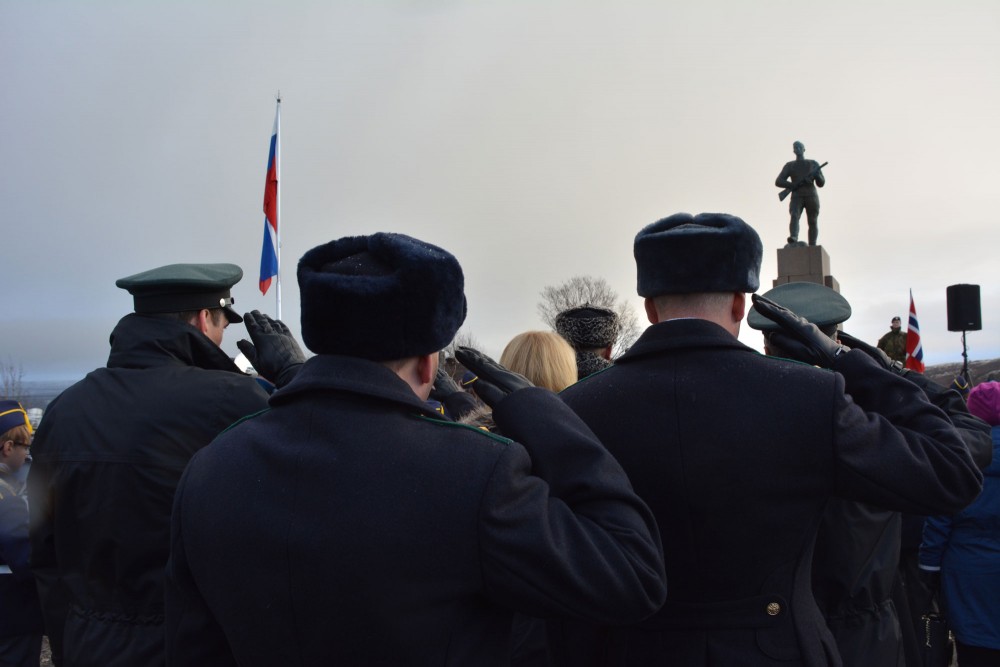 Kirkenes, Norway, is one of many places outside Russia with Soviet war memorials. Photo: Atle Staalesen

Vandalism and «distortion of historical facts» abroad will have consequences, says Sergey Shoigu.
Read in Russian | Читать по-русски
By

The Russian Defense Ministry is the initiator of a bill that opens up for sanctions against foreign individuals that do not show due respect to Russian war history.

If adopted by the State Duma, the law will pave the way for Russian state legal action in cases of «desecration» of war memorials abroad.

According to Defense Minister Shoigu, «concrete action» is needed against foreigners that «distort historical facts» and «engage in vandalism».

«Thus, we have written a legislative bill that […] addresses the responsibility for demolition of our memorials and falsification of history,» the minister says. «People have to take the consequences,» he underlines.

Among the proposed sanctions are rejection of entry to Russia and confiscation of business assets, as well as legal persecution in the country. And the responsible do not only include the people that takes decisions, but also the ones that «turn a blind eye» to the demolition of memorials.

The bill has already been submitted to the State Duma and the defense ministry says it expects the members of parliament to support the proposed legislation.

Minister Sergey Shoigu spoke at a conference devoted to «questions of information resistance» in Moscow this week. The event took place as part of the Army 2019 Forum, an exhibition of military hardware.

In the conference was also First Deputy Defense Minister Ruslan Tsalikov who in his speech underlined that Russia and the West are in a constant «conflict of ideas» and that the existence of Russia depends on «proper reaction to threats of non-military character from the West.»

The Russian Armed Forces have over the past years increasingly engaged in military-patriotic activities, including war history.

In July 2018, a Military-Political Department was officially established, whose objective is to organise military-political and military-patriotic activities in the Armed Forces, the decree signed by Vladimir Putin reads.

According to sources in the Armed Forces, the new department will engage in military-political propaganda, prevent and fight extremism and work with the media. The department might reportedly also be in charge of Zvezda, the military TV-channel, and also engage in publishing of print materials and patriotic movie- and video making.