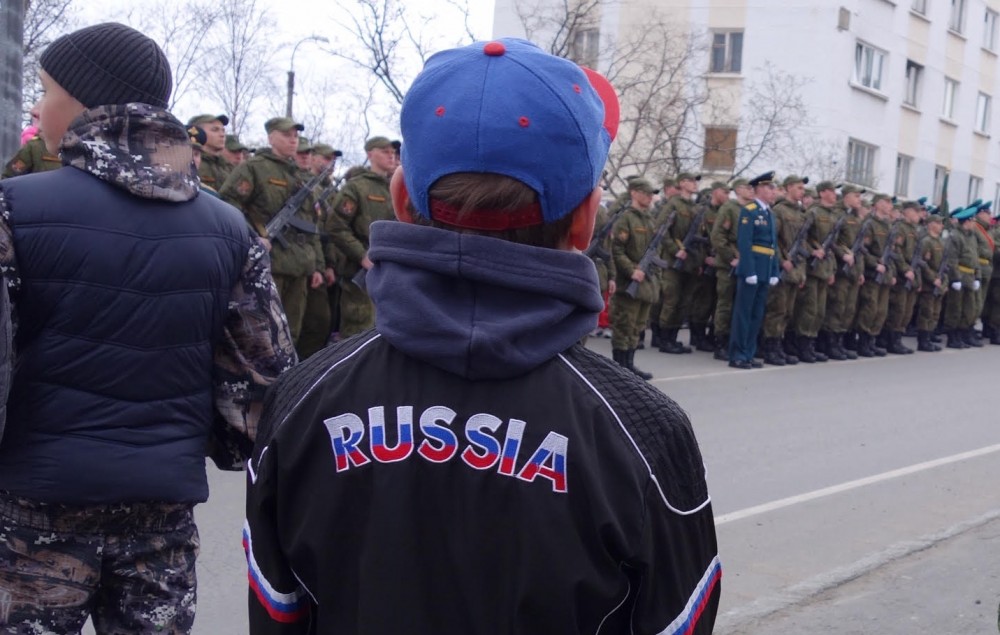 The new political department of the Russian Armed Forces has its first training session for soldiers serving in high Arctic bases.
Read in Russian | Читать по-русски
By

It was Northern Fleet Head Commander Nikolay Yevmenov that himself in early December gave a lecture to officers and soldiers serving in the bases of Nagurskoye in Franz Josef Land and Kotelny in the New Siberian Islands.

The lecture was transmitted as video conference and more than 300 soldiers took part. It was the first ever training sesson of its kind held in the new bases, the Russian Armed Forces inform.

In the lecture, Yevmenov spoke about key development trends in today’s Armed Forces, as well as specifics of the current world order, including issues of economic, political and military-technical character.

Similar training has over the last months been held for soldiers all over the country. It is organised by the Armed Forces’ Military-Political Department, a new entity officially established in July 2018. The objective of the new department is to organise military-political and military-patriotic activities in the Armed Forces, the decree signed by Vladimir Putin reads.

The new entity carries resemblance with the Main Political Department of the Soviet Armed Forces, the unit that was to make sure Army personnel stayed true to Soviet ideology.

In today’s Russia, it is patriotism that is the key ideological driver of the Kremlin. And the Armed Forces is a main target group.

According to sources in the Armed Forces, the new department will engage in military-political propaganda, prevent and fight extremism and work with the media. The department will be in charge of Zvezda, the military TV-channel, and also engage in publishing of print materials and patriotic movie- and video making, RBC reports.

Department staff will initiate so-called «military-sociological studies of the moral-political and psychological state of the army staff» and interact with federal and regional media. It will also actively engage in activities that help prevent «diverging behaviour» among military personnel, RBC reports.

The importance of patriotism was highlighted by Vladimir Putin when he in late 2018 held several meetings with top military leaders. According to the President, «new weapons, combat preparedness and the spirit and patriotism of the troops are the top military priorities of Armed Forces.»

Patriotism is integrated on several levels in contemporary Russian society.

In 2016, a state program for patriotic education was adopted, and in 2017 a new patriotism law was hammered through parliament.

New Kremlin-supported patriotic organizations is mushrooming, among them Yunarmia (Young Army) children’s organization, which is directly subordinated the Armed Forces. And so-called military-patriotic parks are under construction all over the country, including in Murmansk.

The new Military-Political Department is headed by Colonel General Andrey Kartapolov, the man who was in charge of the Russian military presence in Syria in early 2017. Kartapolov was put on the EU sanction list in 2015 following his suspected involvement in the shooting down of the Malaysia Airlines Flight 17 over eastern Ukraine in July 2014.

In a meeting in late 2018, Kartapolov lashed out against so-called «falsifiers of history.»

«I am confidently sure that it is our common duty to support the great national demand for correct, objective information about the military history of our country,» he underlined.

According to the lieutenant general, Russia should in its fight for historical common sense of its people move «from defensive protection to strategic attack.»