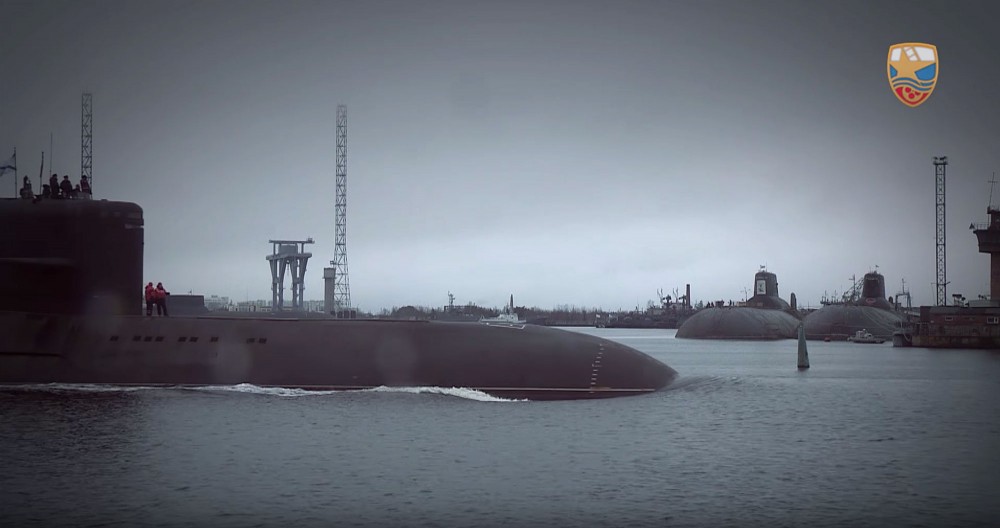 The "Podmoskovie", mothership of the "Losharik", in Severodvinsk 2016. Screenshot from film by Zvezdochka

The nuclear powered sub is up for comprehensive repair in Severodvinsk this fall.
Read in Russian | Читать по-русски
By

A representative of the Russian military-industrial complex confirms to TASS that the «Losharik» appears to have got «significant damage» in the fire that broke out on July 1st and killed 14 sailors.

«It is evident that the fire has made serious damage and that the vessel’s radio-electronic equipment, automatics, acoustics  and navigation equipment, as well as the life support system, needs to be replaced,» the unnamed source says to the news agency.

It is not clear to what extent the fire damaged the hull made of titanium.

The wrecked submarine is due to be towed from the Kola Peninsula to Severodvinsk, the closed military city near Arkhangelsk, early fall. Repair works will be conducted at the Zvezdochka yard.

«In the first phase [of the repair], water will be pumped out of the vessel and fault detection will be conducted with the titanium hull, as well as the inside compartments, after which a technical plan for repair and restoration will be made,» the source told TASS.

The fire onboard the «Losharik» (AS-31) broke out in the evening of 1 July. Among the 14 sailors that died were two highly decorated Heroes of Russia, seven 1st rang captains and three 2nd rang captains. The crew included some of the the most experienced men in the Russian Navy.

Two of the dead come from Murmansk. The remaining parts of the crew came from St. Petersburg.

The sailors were about to return to base after training when the fire broke out in the battery compartment. The exercise was reportedly the last before an upcoming combat mission. It took place in the Motovsky Bay, near the Peninsula of Rybachii, possibly only about 50 km from the border to Norway.

Smoke started to erupt from the vessel’s battery compartment as the advanced special purpose submarine was to connect with far bigger mother ship «Podmoskovie».

The «Losharik» is normally based in Oleniya Bay, and operated by the Main Directorate for Deep Sea Research, nicknamed GUGI, a branch directly under General Staff of the Armed Forces.

The vessel is believed to be able to bring - or remove - other small installations and devices for military purposes to be placed on the sea floor. Such devices can be noice-makers to distract foreign submarines when Russian submarines sail out from the Kola Peninsula to the North Atlantic. Other listening devices can detect sounds made by the propellers of enemy ships.  The submarine has one nuclear reactor.

The “Losharik” is about 70 meters long and is normally carried by mother ship “Podmoskovie”, a far bigger rebuilt Delta-IV class submarine

It is the worst accident in the Russian Navy since 2008. According to local media, a memorial plate with the names of the sailors of the «Losharik» might be added to the memorial site of the «Kursk», the submarine that wrecked in year 2000 killing all 118 men onboard.