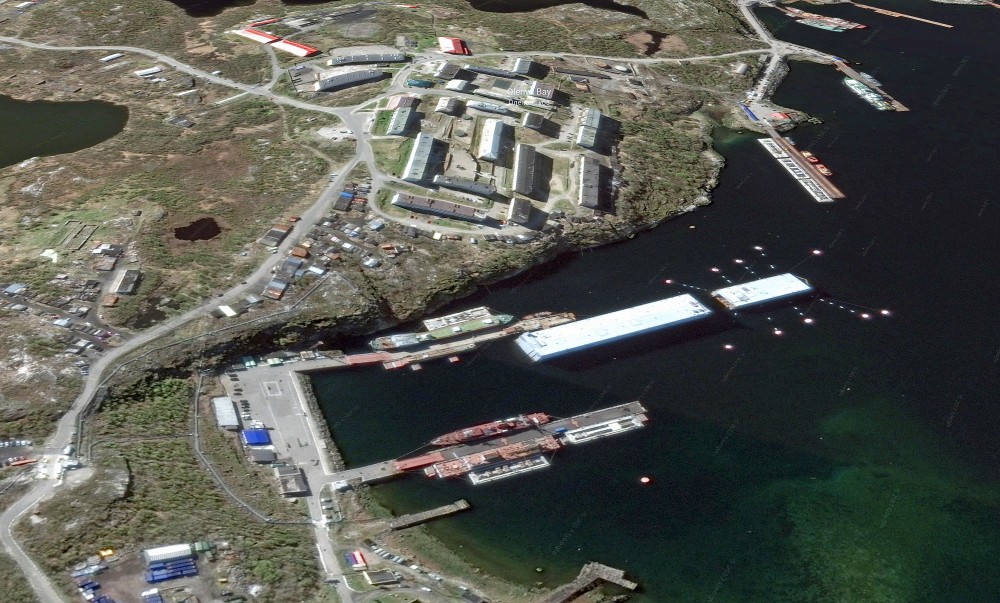 The "Losharik" is normally based in Oleniya Bay, about 100 km from Norway. Map: Barents Observer

«On 1st July a fire started onboard an underwater research vehicle that was engaged in biometric research activities of the Arctic seabed for the Russian Navy,» a statement from the Russian Armed Forces reads.

«14 submariners died because of intoxication», the Navy says. The statement is referred to by news agency TASS.

The fire was reportedly extinguished by a «self-sacrificing crew.» The submarine is now located in Severomorsk, the headquarter city of the Russian Northern Fleet.

The Navy does not inform about the name of the submarine. However, according to RBC, it is the 74 meter long «Losharik» (AS-31) that is the vessel in question. The «Losharik» is nuclear-powered and normally based in Oleniya Bay, only about 100 km east of the Norwegian border.

The vessel is operated by the Main Directorate for Deep Sea Research, nicknamed GUGI, a branch directly under General Staff of the Armed Forces. From the Oleniya base, the Directorate operates a fleet of nine nuclear-powered submarines and a few surface vessels that frequently sails out on special missions. Little is known about the nature of those voyages, except reports of significantly increased activity along subsea cables which carry global electronic communication.

The “Losharik” has one reactor. Little is known about the state of the vessel and reactor following yesteday’s accident.

It is believed that the vessel can be carried by the «Podmoskvye», a rebuilt Delta-IV class submarine. The “Losharik” can reportedly submerge to 6,000 meter depths and does not carry weapons.

The “Losharik” is believed to be able to bring - or remove - other small installations and devices for military purposes to be placed on the sea floor. In the Arctic, or at other locations important for the Russian navy. Such devices can be noice-makers to distract foreign submarines when Russian submarines sail out from the Kola Peninsula to the North Atlantic. Other listening devices can detect sounds made by the propellers of enemy ships. The submarine can launch and recover unmanned subsea vehicles.

The Barents Observer recently published an analytical paper about nuclear reactors in Arctic Russia. The report, that can be downloaded here, describes how a new wave of nuclear reactors now is coming to the north.

The current rearmament of the Arctic is accompanied by the development of new nuclear-powered submarines and new weapon systems powered with reactors. Many of the older submarines that were supposed to be taken out of service are instead repaired and will continue to sail for another decade, and some even longer. At the same time, newbuilding is in full swing at the Sevmash yard in Severodvinsk and new submarines of the Yasen and Borei classes are put on water in a speed not seen since the late 1980s.

Among the new vessels are also special purpose subs like the «Losharik», as well as the Paltus (incl. X-ray) and Uniform (Russian name Kashalot). All the mini-submarines have one single reactor.