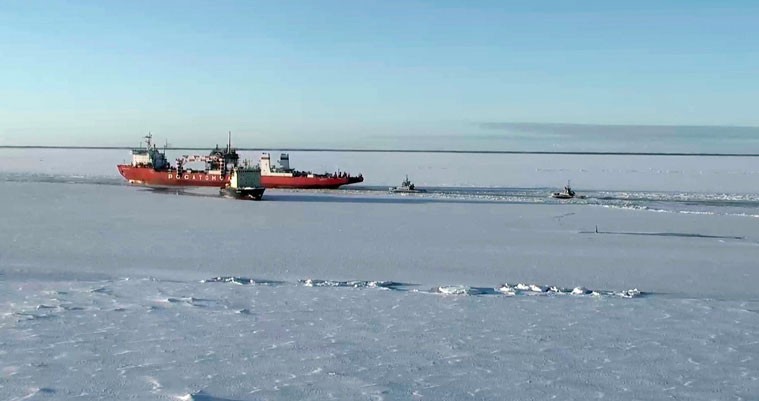 The company that has an exclusive delivery agreement with the Russian Ministry of Defense in the period January-September made 11 shipments to archipelago Novaya Zemlya other places in the Arctic.

Various kinds of goods were delivered, among them construction materials to social infrastructure objects.

The shipments were made from the ports of Murmansk, Arkhangelsk, Vladivostok, Vanino, and Petropavlovsk-Kamchatsky and the goods delivered to sites without developed infrastructure.

Oboronlogistika also took part in the removal of scrap metal from the region. A total of 3,000 tons of metal wastes and worn-out machinery was taken from Novaya Zemlya and the island of Kotelny in the New Siberian Islands.

Oboronlogistika was established in 2011 and is 100 percent owned by the Russian Ministry of Defense. In 2016, the company was given a key role in state shipping operations in the Arctic.

It is currently in the process of building a major logistical base in Arkhangelsk. The facility will be built on a 140 hectare plot outside the city center, in an area near the sea port of Ekonomia and is due to be completed by year 2020.