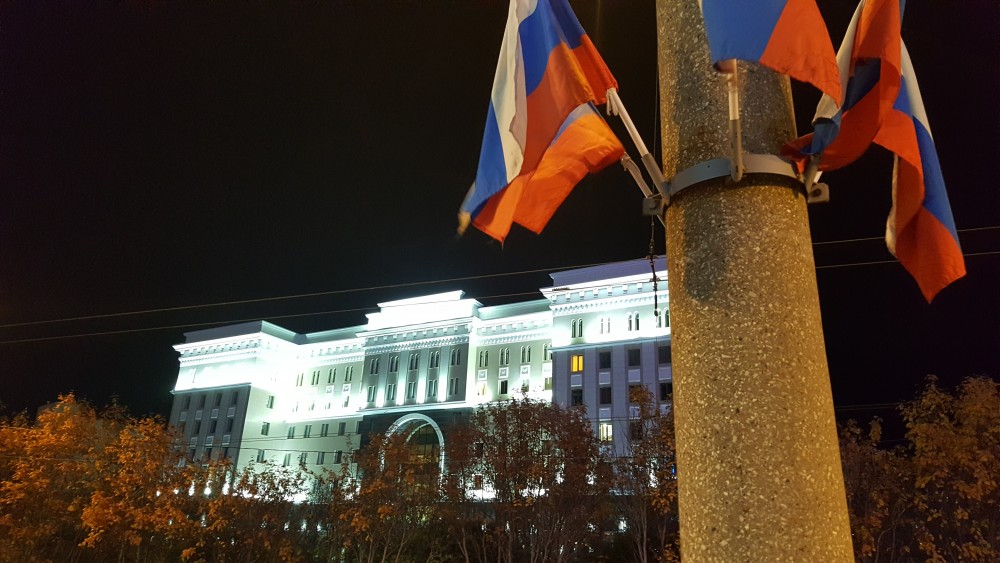 The decision to build one more office complex for the security service comes only three years after the Stalin-styled new headquarters opened.
Read in Russian | Читать по-русски
By

1,25 billion rubles (€18 million) is allocated in the Federal budget for a new building to house FSB’s border guard service for the Murmansk region, the local Murmansk Oblast News and other media reports on Wednesday. The new building will be erected within 25 months, but its location is not yet known.

In July 2016, FSB moved in to its new 15,000 square meters large headquarters on Lenin Prospekt in central Murmansk after sharing building further down the avenue with the regional police for decades.

FSB border guards are in charge of both the Kola Peninsula’s land border to Norway and Finland, as well as the Coast Guard service of the Barents Sea and western Arctic.

In Soviet times, the border guard service was part of NKVD / KGB. In 1993, President Boris Yeltsin  made it a separate government agency. Vladimir Putin, however, again changed the border guards to be a part of the Federal Security Service, FSB.