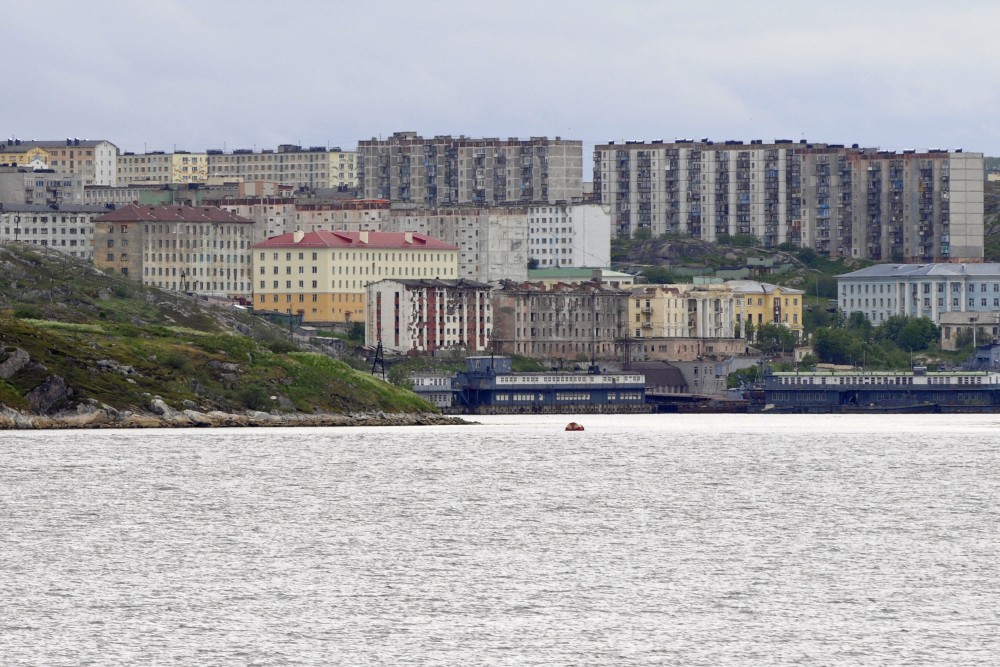 Shabby apartment blocks in the closed town of Polyarny on the coast of the Barents Sea. Photo: Thomas Nilsen

An ambitious plan to knock down 400 shabby apartment blocks and build new ones was presented by Murmansk regional authorities on Friday.
Read in Russian | Читать по-русски
By

The Northern Fleet is a top priority in Russia’s military modernization and receives new submarines, warships and missiles in a speed not seen since the 1980s.

Housing and municipal services like water supply and heating, though, have notoriously been neglected for decades in the closed naval towns along the coast of the Kola Peninsula.

Tens and thousands of officers, their families and others are living in the towns like Zaozersk, Polyanry, Gadzhiyevo, Vidyayevo, Sneznogorsk, Olenya, Gremikha and Severomorsk. Outsiders are not allowed in without holding a special propusk, a entry permit not easy to obtain.

The Barents Observer has several times reported about incidents with break-downs of heating systems mid-winter for thousands of people in towns like Zaozersk, home to several of the Northern Fleet’s most advanced nuclear-powered submarines.

It was after a meeting between Murmansk governor Andrey Chibis and president Vladimir Putin in late August that regional authorities started to work out a 100 step plan for modernization of the Kola Peninsula, in particular the closed military towns.

SeverPost reports from the meeting on December 27th about the development plan presented for the ten years period until 2030, that includes demolishing 400 apartment buildings, with more than 200,000 square meters.

Knocking down the blocks will cost about 600 million rubles (€8,62 millions). Over the next decade, some 80 new buildings will be built and 1,100 will be renovated, SeverPost reports.