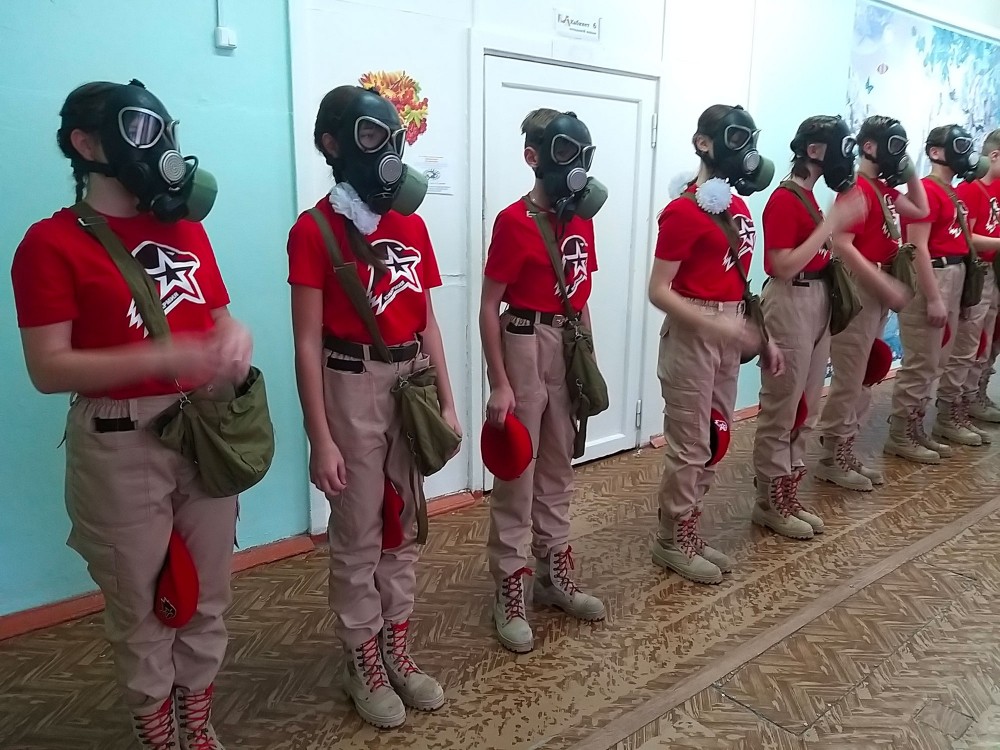 Youth from the Pechenga district in war training. Photo: Yunarmiya in Pechenga

Yunarmiya, the «youth army» established by the Russian Ministry of Defense, recruits more youngsters in the border towns of Nikel and Zapolyarny.
Read in Russian | Читать по-русски
By

The military-patriotic movement this week increased its number of members in Pechenga, the border municipality in Murmansk region, with another 13 young boys and girls, the press service of the Russian Armed Forces informs.

The new members come from the border towns of Nikel and Zapolyarny. They were formally included in the movement in a ceremony held this week in one of the local infantry garrisons. In the ceremony participated representatives of the 200 motorized infantry brigade in Pechenga, among them Deputy Commander of the Division for Military-Political Preparedness Dmitry Anisomov.

Present was also rector of School No 1 in Nikel, Natalia Pancheshnaya.

It is not the first time that the local school is engaged in Yunarmiya activities. In April this year, the school hosted a show organized by the military movement that included assembly and dissembling of automatic rifles, sport activities and lectures on state history.

Yunarmiya now has a total of five units in the municipality of Pechenga. Their number of members total 150, the Northern Fleet informs.

The youth movement has grown explosively since it was established by Minister of Defense Sergey Shoigu in 2015. The number of members from all over the country is now almost 600,000.

The movement has a strong position in Murmansk, a region that hosts a number of major military units.

The Russian Military was repeatedly been accused of trying to force children and youth to join the movement.

Yunarmiya is «an all-Russian military-patriotic movement, that is to help trigger young people’s interest in geography and the history of Russia and its nationalities, its heroes, excellent researchers and military leaders», the Ministry of Defense informs.

In October this year, a group of Yunarmiya representatives travelled to Kirkenes, Norway, as part of a rare visit abroad. During the visit, a member of the group told the Barents Observer that they had travelled from Arkhangelsk and then visited the Northern Fleet headquarters of Severomorsk before they went to Norwegian towns of Vardø, Tana and Kirkenes.

Officially, the age limit for enrollment in the movement is 11-17. However, also far younger children are involved in movement activities.