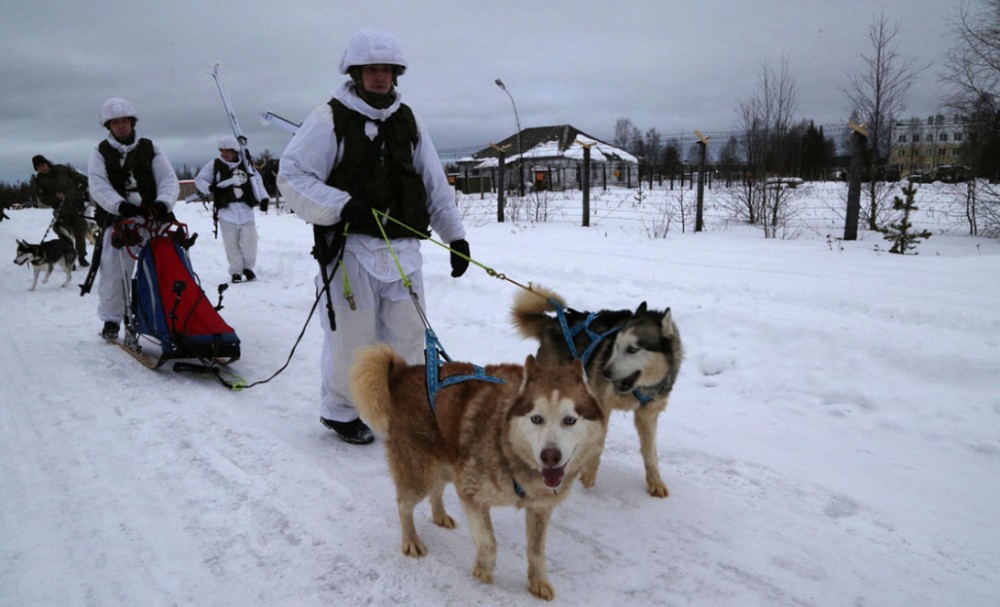 With weapons on the shoulders, infantry solders learn how to traverse Arctic borderlands with dogs.
Read in Russian | Читать по-русски
By

The first dogs arrived in the Northern Fleet base of Alakurtti  earlier this year and local servicemen have since been engaged in training in the forestlands along the border to nearby Finland.

Dog sledding has now been included in the regular training of intelligence personnel in the Arctic Brigade. It is the soldiers with the best skills in skiing that have chosen for the mushing, the Northern Fleet informs.

It is Nadezhda Timonova, an experienced musher and prize winner and herself a soldier in the brigade, that has taken on the task as chief dog handler, the military press service says.

From before, the Russian Arctic Brigade also includes reindeer used for transportation purposes in rough terrain.

Alakurtti houses Russia’s 80th Independent Motorized Rifle Brigade. It is located in the southern part of the Kola Peninsula, only about 50 km from the border to Finland.

The Russian Arctic Brigade also includes the 61st Naval infantry brigade and the 200th Motorized Rifle Brigade in Pechenga, the municipality located along border to Norway.

Before the 2WW, the small military town was part of Finland.