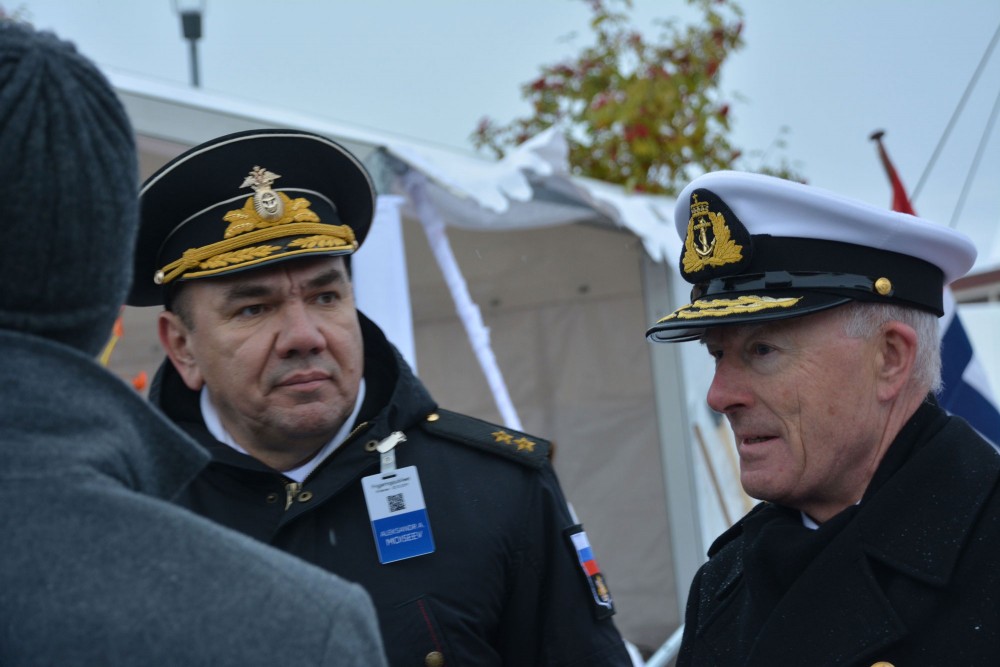 New fighter jets, surveillance aircraft, submarines, air defense systems and a significant boost in manpower is on its way to the Nordic country’s defense forces.
Read in Russian | Читать по-русски
By

The Barents Sea and Norwegian Sea are getting increasingly important for both the Russians and Americans, Norway’s Defense Chief Haakon Bruun-Hansen underlined in his recent speech at the Oslo Military Society.

«The growing activity level at our eastern neighbor and from allied countries is continuously challenging the availability of the Norwegian defense resources,» the military leader said and added that a significant rearmament and modernization of the country’s defence capacities now is in the making.

«The need for this comes as a result of a deteriorated security situation and increased demands and expectations from our NATO-allies,» Bruun-Hansen explained to the audience of military experts, politicians and government officials.

According to the defense chief, the Russian exercise «Ocean Shield» in august 2019 clearly illustrates the need. Then, about 30 vessels from Russia’s Northern and Baltic Fleets engaged in extensive training outside the Norwegian coast. The massive Russian force first exercised blockage of the Baltic Sea and the Norwegian Sea and then so-called bastion defense in Norwegian Sea.

More money for national defense is on its way. The country’s government over the last four years increased military budgets with 9.4 billion kroner (€945 million) and the increase will continue.

Manpower is being strengthened in all defense branches. More sailors are trained to operate the national frigates and coast guard fleet, as well as new logistics vessel «KNM Maud». In the northernmost part of the country, the so-called Finnmark Land Defense has since 2018 been developed with more troops, new equipment and facilities, and in January 2019 a cavalry squadron was established in the far northern Porsanger area. That unit will be turned into a battalion by year 2025, Bruun-Hansen said.

Along the border to Russia, an enforced unit of border guards and medical support troops are being established and will be fully operational in 2022.

At the same time, home defense forces in the Finnmark region are significantly strengthened with additional personnel. In 2019, all young boys and girls in the region for the first time had to undergo a 6-month basic military training program and this regime will be continued.

«Better access to motivated soldiers with background from the region gives a strengthening to the Home Defense,» Defense Chief Bruun-Hansen says.

In few years, the Norwegian Armed Forces will have enhanced capacities on land, in the air, at sea and under water.

A total of 52 new F-35 fighter jets are to be fully operational by 2025 and five P-8A Poseidon maritime patrol aircraft will be ready for duty that same year. The delivery of the multipurpose NH-90 helicopter is expected to be completed in 2020. That comes after 15 years of highly troublesome relations with Italian helicopter producer AgustaWestland.

On the plan now is also the introduction of air defense battle systems and mobile units, as well as long-range systems, he adds.

At the same time a new artillery system is being delivered. A total of 24 K-9 units have been acquired from the manufacturer. They will be working alongside the Army’s 144 new and upgraded combat vehicles (CV90).

Also the Navy is getting an upgrade. Three new ice-class coast guard vessels will be delivered in the period 2022-2024 and several new submarines are under construction.

The subs will be delivered by the German ThyssenKrupp Marine Systems and cost up to 41 billion kroner (€4.1 billion). The first of the underwater vessels was originally to be delivered by year 2025. By 2032, a fleet of four vessels are to be operational. However, the contract has not yet been signed and delays are likely, Bruun-Hansen makes clear.