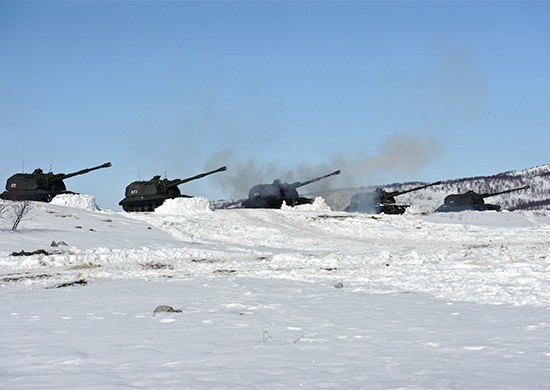 The Northern Fleet’s separate motorized rifle brigade in the Pechenga valley near Russia’s border to Norway has started to use UAVs to position targets during live-firing drills.
Read in Russian | Читать по-русски
By

The combat training took place this week at the Shary shooting range near Lustari in the Pechenga valley, about 20 kilometers from the border to Norway.

More than 200 soldiers took part in the drill.

The UAVs were used during reconnaissance to discover the conditional enemy equipment at distances up to 10 kilometers. Target data was transmitted back to the shooters, the press service of the Northern Fleet reports.

Earlier in February, the Barents Observer reported about how operators of the Northern Fleet’s drone unit were training surveillance of maritime traffic along the coast of the Kola Peninsula in interaction with offshore and coastal forces.