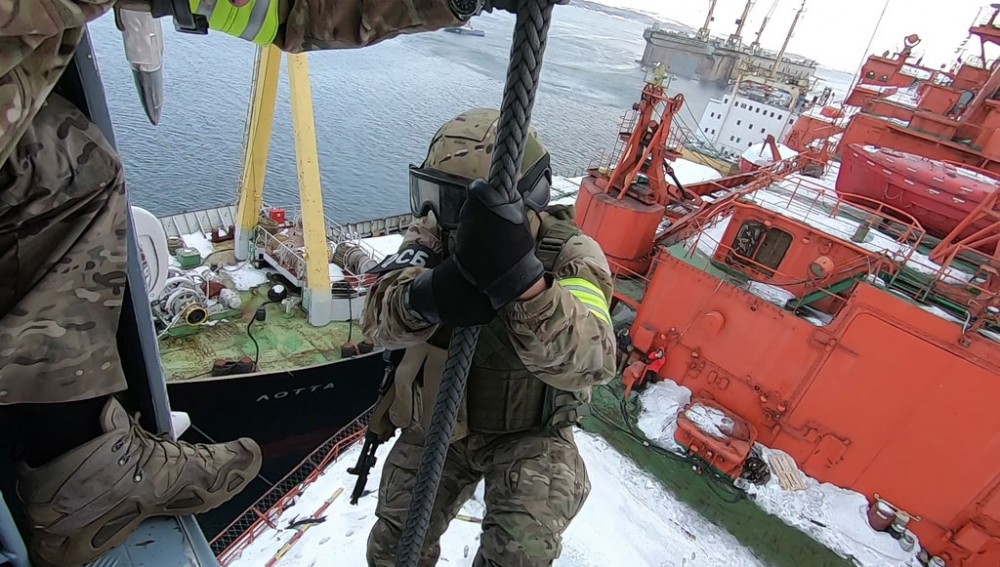 Photo by courtesy of Murman.ru

It is several years since the icebreaking vessels «Sovetsky Soyuz» and «Sibir» have been in the icy waters of the Arctic. The two nuclear-engined vessels were taken out of service in 2010 and 1992 respectively.

But the exercise held on the vessels last Friday was still considered of significant relevance for the  participating anti-terror troops. The training aimed at tactical combat against forces that had «illegally interfered in the management of a floating commercial object at Atomflot,» Murman.ru reports.

Involved in the training were troops from the FSB’s Border Guard Service and National Guard (Rosgvardia) units. In addition came forces from the Coast Guard and aviation from the Northern Fleet, the news agency informs.

The exercise was successfully conducted and the involved forces professionally coped with their tasks, leaders of the training conclude. More similar exercises will be held this year in the Barents Sea and Kara Sea, they say.

The Atomflot based is located near downtown Murmansk and houses Russia’s fleet of nuclear icebreakers. The fleet that currently includes five operating vessels will soon be strengthened with several new more ships.

By year 2035, the fleet is to be extended with another eight powerful ships, among them five 60MW vessels of project 22220.

Three of the vessels are under construction, the first of which, the «Arktika», is due to be put into service in 2020.

In addition comes three Lider-class vessels, the super-powerful 120 MW icebreaker, the first of which is to be ready for operation in year 2027.