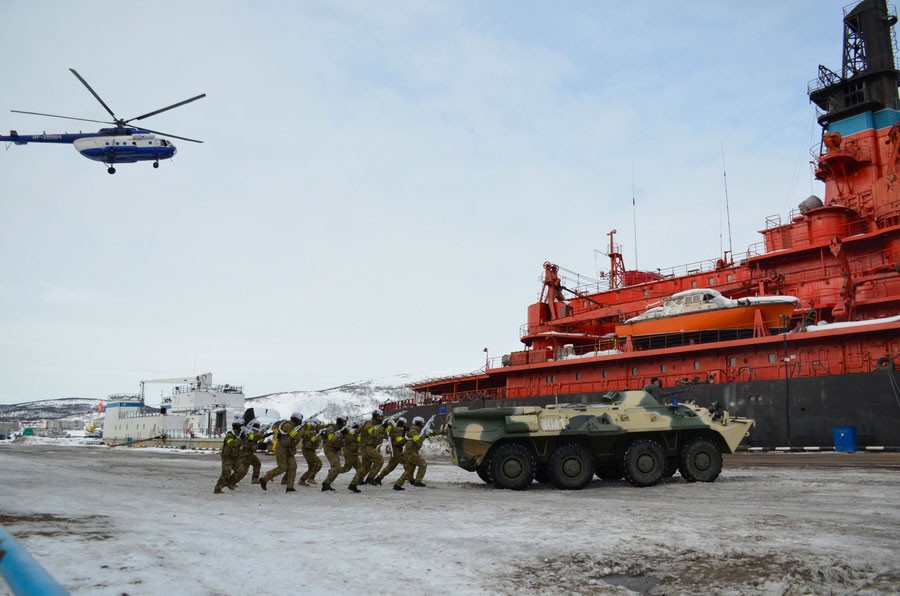 The military force that is directly subordinated President Putin will guard key infrastructure objects in the Russian North.
Read in Russian | Читать по-русски
By

Nine seaports in the Arctic will in the course of the year be protected by the National Guard, leader of the armed force Viktor Zolotov confirmed to TASS.

Zolotov’s troops are from before guarding key objects in Sabetta, the Arctic LNG terminal, as well as far east Arctic town of Pevek. The National Guard is also well represented in Murmansk, where it has conducted several major exercises.

Among them are the drills held on the Murmansk waterfront together with special forces from Chechnya in 2018. They also trained together in the Arctic archipelago of Franz Josef Land.

According to Zolotov, the National Guard will now increasingly start applying mobile protection systems for the remote northern ports.

The National Guard is a military force directly subjected to the Russian President. It was was established in 2016 as part of a major reshuffle of Russian law-enforcement authorities.

In a recent interview with newspaper Rossiiskaya Gazeta, Viktor Zolotov said that his federal body includes 160,000 troops and that they guard more than 70 key state objects as well as about 3,000 other objects.