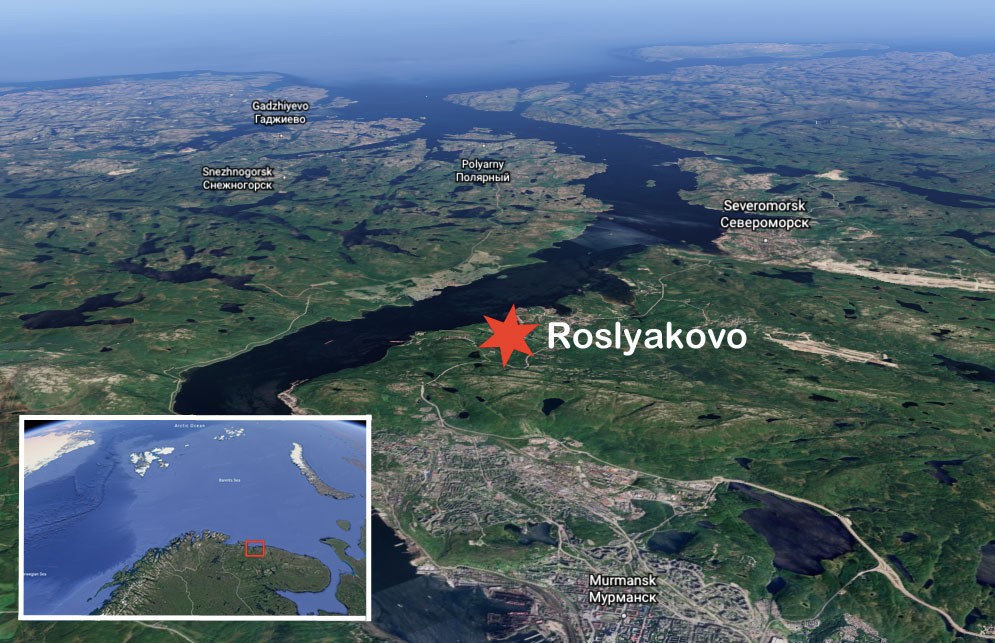 The explosion happened Sunday afternoon at a weapons warehouse in Roslyakovo between Murmansk and Severomorsk.
Read in Russian | Читать по-русски
By

Regional media in Murmansk, referring to the press service of the Northern Fleet, report that five military personnel are taken to hospital with “shrapnel wounds” after an artillery shell exploded during a loading and unloading operation.

Local online Severomorsk.Life writes that the warehouse is located near the main road between Murmansk and Severomorsk, on the hill up from the shipyard.

The navy’s press service was also quick to put the blame of the accident on the personnel, saying they “violated safety rules.”

Federal news media, like TASS, reports that two of the five “are in serious conditions.” This was later refuted by a source at the scene of the accident, talking to local news online Severpost.

The injured are all taken to the Northern Fleet’s main hospital in Severomorsk.

Roslyakovo is the town where shipyard No. 82 is located, infamous for the sinking of the largest floating dock in the Russian north, the PD-50, in October 2018. This is also the shipyard where the fire on board the ballistic missile submarine “Ekaterinburg” (K-84) happened in December 2011.

Sunday’s ammunition explosion in Roslyakovo is the second serious accidental explosion with weaponry on the Kola Peninsula this month.

On March 4th, five contract soldiers were injured as a drone carrying a bomb device crashed and exploded in the Pechenga district near Russia’s border to Norway. Also at that explosion, the involved soldiers were blamed for “grave violations” of security standards when they approached the crashed UAV.