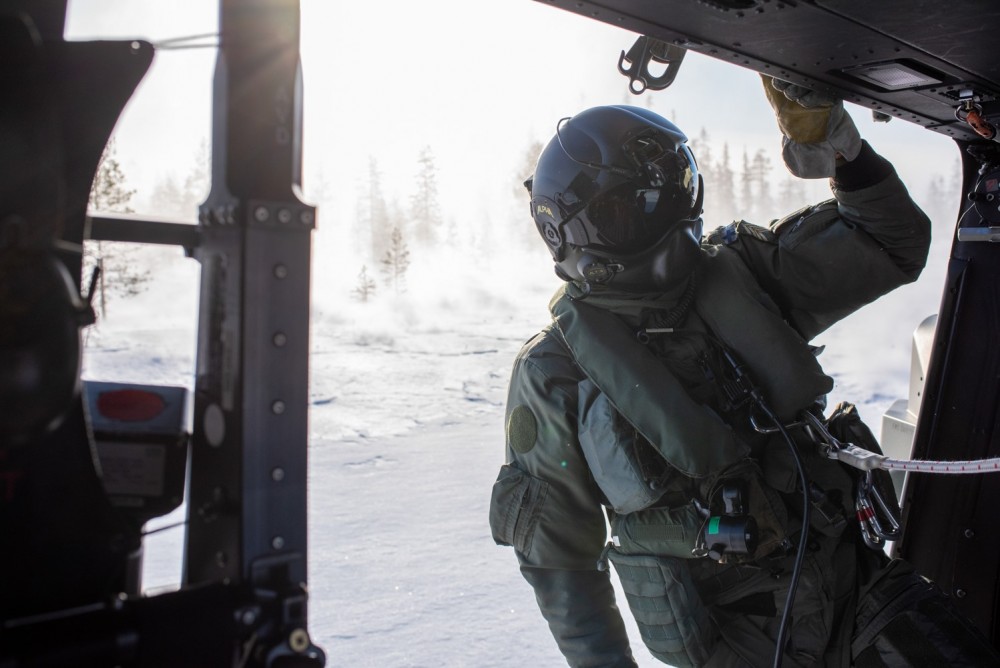 Low flying military helicopters can be seen over larger areas inside the Arctic Circle as the crew are training on landing on snow. Flights are conducted day and night.

Soldiers are sent into the wilderness to carry out reconnaissance and combat tasks in the demanding conditions in northern Finland.

Additional to Finland, forces from Sweden, Norway, Lithuania, the Netherlands, Poland and the United Kingdom are participating.

The United States is only having observers to the exercise, unlike in 2018. Then the U.S. Army 10th Special Forces Airborne Group participated in Northern Griffin with soldiers and three AW109 multi-purpose helicopters, three UH-60M helicopters and two C-130 transport aircraft.

The exercise will last until March 22nd and takes place simultaneously as the larger multinational Cold Response NATO exercise happens in northern Norway.

Finland was supposed to participate in Cold Response with more than 400 soldiers from the Army’s readiness unit, support elements and command post staff.

However, the outbreak of the coronavirus is troubling also the military. Skjold military camp in Troms region, central for the ongoing exercise, has had all 850 soldiers under quarantine since Thursday when the coronvirus was detected.

On Sunday, Finland’s armed forces decided to withdraw from Cold Response. The 400 soldiers from the two Finnish brigades supposed to work together with the NATO soldiers in northern Norway will not do so, a press release from the Finnish Armed Forces reads.

More than 15,000 soldiers from nine countries participate in Cold Response.