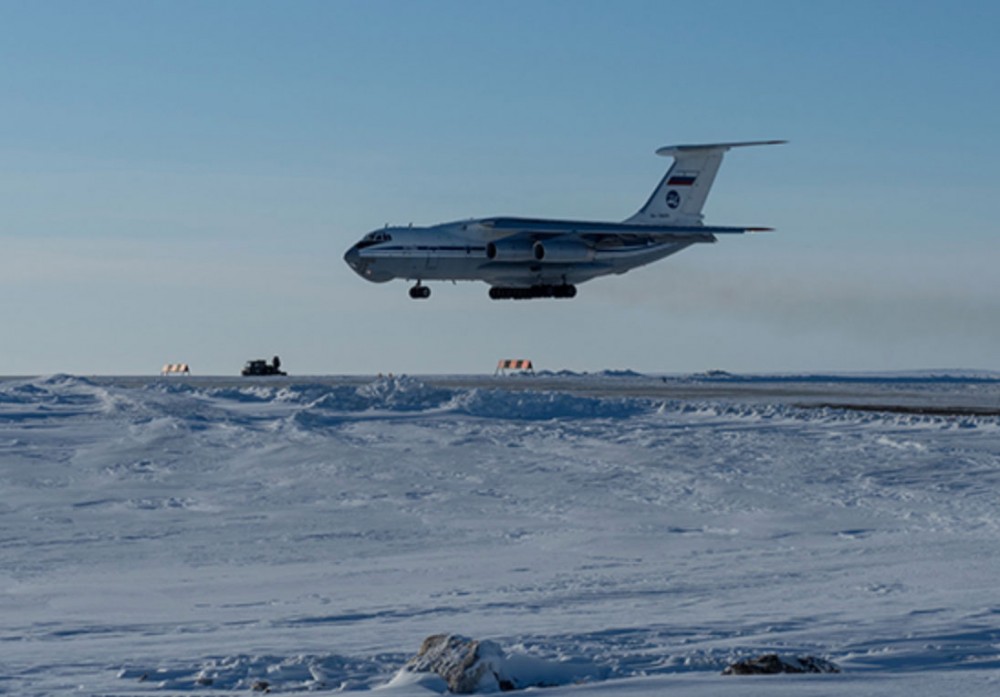 As a big transport plane Il-76 lands on the Nagurskoye base in Franz Josef Land, the Northern Fleet announces that the remote airfield now can be applied through the whole year.
Read in Russian | Читать по-русски
By

The landing strip on the far northern Alexandra Island is 2,500 long and supposedly capable of handling “any kind of aircraft”. It is located next to the new major military base complex erected on the island.

The base is the northernmost operated by the Russian Armed Forces. It is located at 80 degrees North in the northern part of the Barents Sea, not far from Norway’s Svalbard archipelago.

Until recently, the airfield could handle air traffic only in the winter period. That has now been changed and planes can now land and take off through the whole year, the Northern Fleet informs.

Several Il-76 transport planes last week landed in the base located as part of pilot training in Arctic conditions. When fully completed, the Nagurskoye base is believed to be home to a fleet of MiG-31 fighter jets.

Construction of the military base and adjacent airfield has been going on for several years. The Trefoil base complex includes 14,000 square meters of connected buildings.

Construction is not completed, and a shipment of almost 15,000 tons of construction materials is now on its way to the island. Several similar shipments were made in 2019 and 2018.

Military representatives in spring 2019 said that the Nagurskoye air field was 70 percent finished.

When completed, the far northern base will be powerful military foothold for Russian forces. In late 2019, the country’s Chief of the General Staff of the Armed Forces, Valery Gerasimov, indicated that the new and possibly unstoppable Kinzhal missile will be deployed in the base.