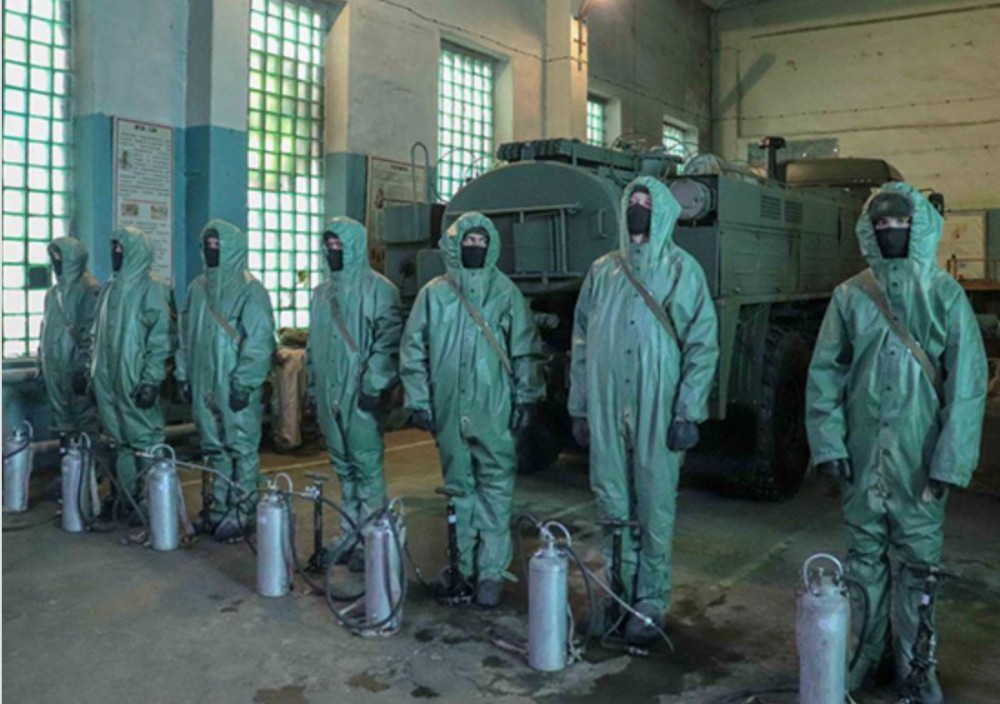 As the number of Russian soldiers infected with the coronavirus increases rapidly, the Northern Fleet showers its bases in the Kola Peninsula with disinfecting materials.
Read in Russian | Читать по-русски
By

This weekend, the turn for a spray had come to Sputnik, the Russian Northern Fleet elite base in the Kola Peninsula.

A team of 10 soldiers from the brigade’s unit for chemical, biological, radiological and nuclear (CBRN) defense showered military objects, housing quarters and public areas across the small town with a chlorine disinfectant.

The anti-virus measure will now be repeated daily, the Northern Fleet informs.

Sputnik is known as the base for the 61st Naval infantry brigade, also called the Kirkenes Brigade. It is located few kilometers  from the border to Norway and Finland.

The epidemiological measure comes as the number of cases of COVID-19 in the country’s Armed Forces is on rapid increase. According to official statistics from the Russian military, a total of 1,384 soldiers had by 4th May tested positive on the virus. In addition comes 1,247 cases in the country’s military schools and academies.

So far, a total of 849 people have been hospitalized in military hospitals.

The Russian Armed Forces are ready for a further spike in infection among servicemen and employees. A total of 6,745 military hospital beds are now prepared to handle new cases. That includes seven mobile hospital units with treatment capacity for 700 men, the military informs.

In early April, Minister of Defense Sergey Shoigu made clear that his armed forces are “fully prepared for the coronavirus.”

The growing infection rates notwithstanding, the country’s Armed Forces continue to engage in extensive training.

On the 5th May, the Navy announced a firing exercise in the Barents Sea with destroyer “Marshal Ustinov.” Two days earlier, more than 300 sailors and five naval vessels engaged in a major landing exercise in the Sredny Peninsula, just few kilometers from Norway and Finland.