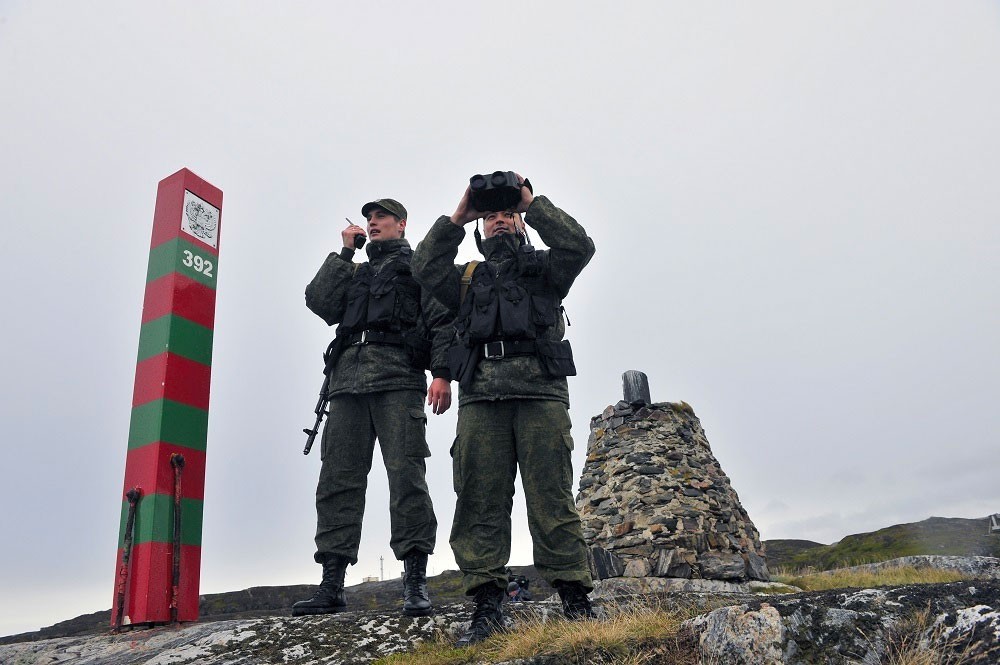 Their objective is to challenge the current legal and territorial status of the region and undermine Russia's development of natural resources, leader of FSB's Border Guard Service Vladimir Kulishov argues.
Read in Russian | Читать по-русски
By

In a lengthy interview with news agency TASS, Kulishov points a warning finger against foreign engagements in the Arctic. According to the general, the far northern waters are among the regions that now attract growing interest from foreign intelligence services, as well as foreign armed forces.

“A number of foreign countries continue to conspire for an inclusion of the waters of Russia’s exclusive economic zone and areas of the continental shelf into their zones of prioritized interest,” Kulishov says.

And they are covertly assisted by various civil society stakeholders, he makes clear. That includes foreign supporters of Russia’s indigenous peoples.

“Under the pretext of protecting the rights of indigenous peoples and marine environments, various international organizations undertake efforts to restrict shipping on the Northern Sea Route, challenge the legal and territorial status of the Arctic and undermine Russia’s stable development of mineral resources,” the high-ranking FSB representative says.

“There is a growing drive among foreign research institutions towards the resource potential of the seas that are under the jurisdiction of Russia, especially in the Arctic region,” he underlines to the news agency.

The interview is held in connection with the annual Day of the Border Guard Service on 28th May.

The Border Guard Service is part of the Federal Security Service (FSB) and includes the Coast Guard. In its current form it was established in 2003.

Over the last years, the Service has significantly strengthened its position in the Arctic. In 2016, President Putin signed a bill that gives the FSB the full prerogatives for law enforcement on the Northern Sea Route.

Since then, the security service has autonomously taken action against ships operating along the Russian Arctic coast.

A number of new patrol vessels has been included in the service, among them the powerful «Polyarnaya Zvezda» that began duty in the Murmansk border service in 2017.

The level of training activity has increased, and in April 2017 a Border Guard unit for the first time exercised near the North Pole.

According to Vladimir Kulishov, the Border Guard Service now has an operational system for monitoring and situations analysis across the Russian Arctic waters.

“We follow the development of the Northern Sea Route and provide security to shipping along this important transport corridor, as well as to exploration and production of energy resources,” he says to TASS.

In 2019, border patrol vessels engaged in operations around the Novaya Zemlya and the Bering Sea. A total of 70 cases of violation of border zone laws and environmental regulations were discovered during those operations, he confirms. That same year, a group of patrol vessels sailed all across the Northern Sea Route from Murmansk to Petropavlovsk-Kamchatka.